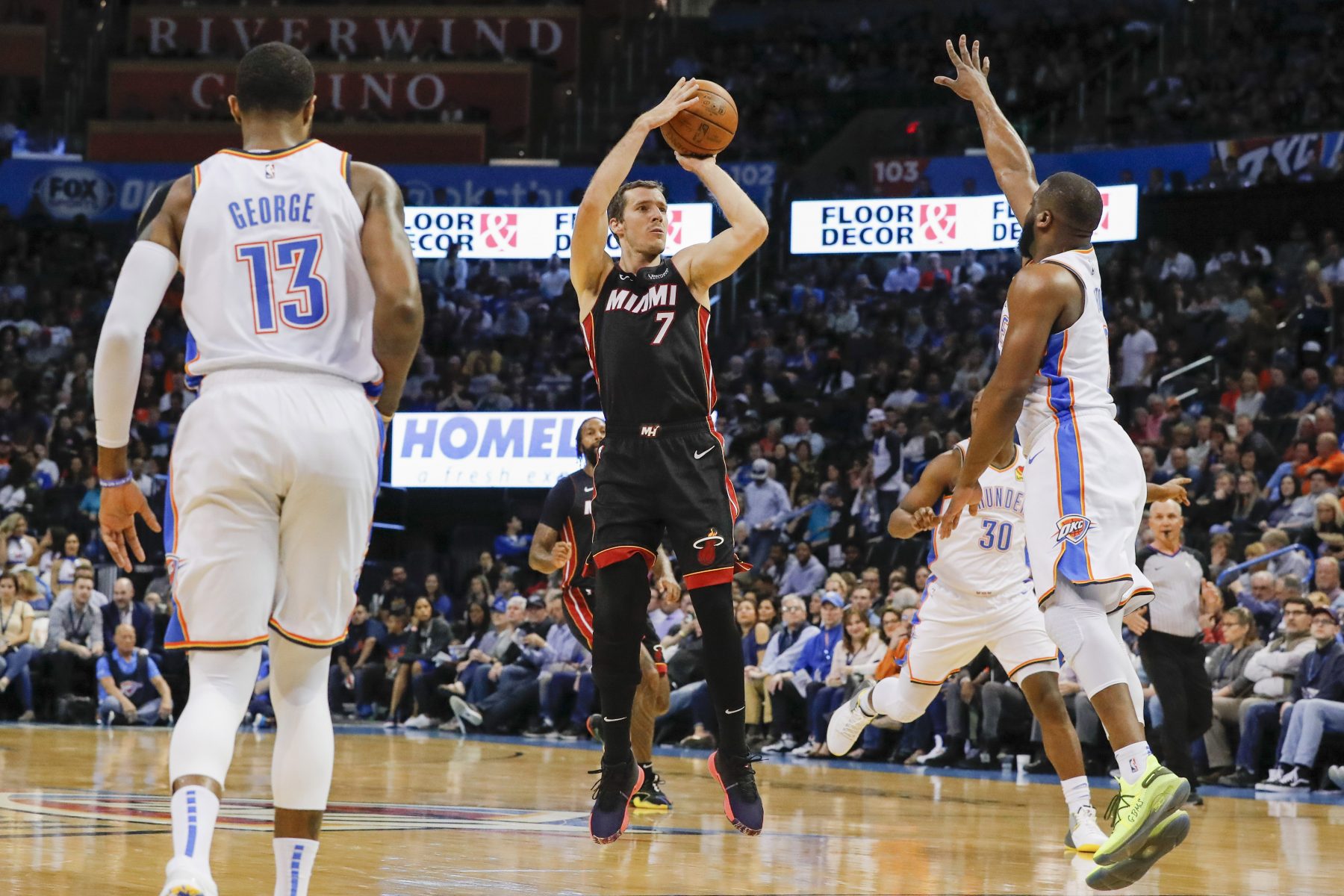 During the Miami Heat’s electrifying win over the Oklahoma City Thunder, shooting guard Dwyane Wade was reminded just how fun it is to be playing alongside point guard Goran Dragic again.

.@DwyaneWade discusses OKC fans, his dynamic with @Goran_Dragic, and embracing playing with desperation after dropping 25 points in #MIAvsOKC.#HEATCulture #NBA pic.twitter.com/hdssgpEkNe

“He gives me an opportunity to play off the ball a lot where I can attack in different ways but also play on the ball,” said Wade. “So it just gives that group just a different dynamic. Very thankful that he’s back. Like I said, I’m glad to be playing with him again. I haven’t played with him like this since 2016.”

With rising star Justise Winslow out again, the backcourt duo of Dragic and Wade got plenty of time to play and shine together. Reminiscent of production in their younger years, Dragic put up a team-high 26 points and 11 assists while Wade recorded 25 points and five assists off the bench against the Thunder.

Although the Heat’s youth group has been on the court more lately, the veterans are showing they can still play. While Dragic’s season has been marred by injury, the point guard has picked up his play since the All-Star break. The Slovenian speedster is averaging a moderate 14.4 points and 4.0 assists per game this season.

Wade, 37, is having a stellar final stint in the NBA. The veteran is collecting 14.1 points, 4.1 assists and 3.7 rebounds per game this season. Although he is no longer the MVP candidate he once used to be, the 16-year pro is still dazzling fans with clutch performances, fascinating defense and thunderous dunks.

NBA fans all across the world are hoping to see Wade suit it up for one last playoff run.
[xyz-ihs snippet=”HN-300×250-TextnImage”]