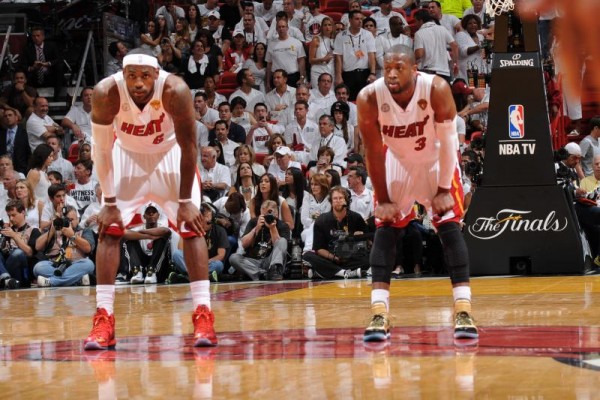 The Cleveland Cavaliers have been struggling so far to begin the season with an abysmal record of 3-5, good for 13th place in the East. Speaking to reporters on Thursday, Dwyane Wade compared the current Cavaliers to the 2013-14 Miami Heat, which made a grueling fourth straight trip to NBA Finals.

According to Dwyane Wade, the Cavs will have an extremely difficult road to get back to the Finals for a fourth straight season. #Cavs pic.twitter.com/E15ngDCF93

“That last year in Miami when we went to the Finals, I don’t know how we made it,” Wade said. “As a team, we were kind of like this. It was worse because it wasn’t new guys, it was guys who had been around each other for four years in a row. So the jokes weren’t funny anymore. You know, you walked in, it wasn’t a big smile no more. Guys was just over you, it was being in a bad marriage. But we somehow made it to the Finals. Indiana should have beat us, but we had a mental edge over those guys. We shouldn’t have been there. It’s tough, definitely, and that’s why it hasn’t been done a lot.”

That Heat team was the one that beat the Charlotte Bobcats and Brooklyn Nets convincingly in the first two rounds. They went on to beat the Indiana Pacers in the Eastern Conference Finals in six games before losing to the San Antonio Spurs in the NBA Finals in five games. In the series against the Spurs, the Heat were beaten by an average of 18 points per loss, only winning Game 2 in San Antonio.

After that season, LeBron James left the Heat and returned to the Cavs, where he has led them to three straight NBA Finals appearances.

The Heat and Cavs meet for the first of three meeting this season on Tuesday, Nov. 28 in Cleveland.
[xyz-ihs snippet=”HN-300×250-TextnImage”]