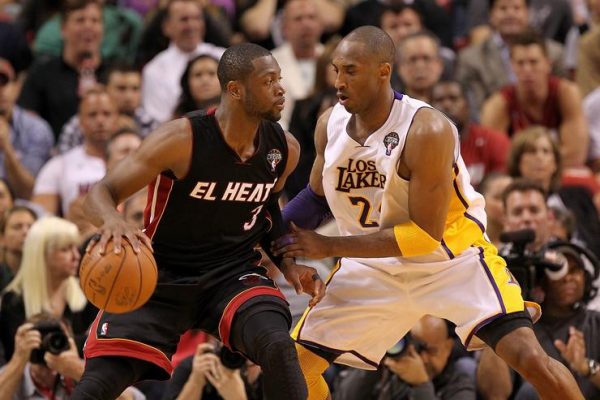 Miami Heat veteran guard Dwyane Wade, who announced on Sunday night that he was returning for one final campaign with the team that made him the third overall selection in 2003, discussed the idea of a possible “farewell” tour.

However, Wade isn’t looking to bask in such a tribute, noting that he’s already spoken with another future Hall of Famer, Kobe Bryant, about the prospect:

Whenever the time comes, D-Wade is not feeling a Kobe-like farewell tour. pic.twitter.com/V4PpYFG4S3

“I talked to Kobe about that, and he was like, ‘It was exhausting. You know as flattering as it was, it was very exhausting as well.’ I’m not a narcissist like that,” Wade said. “I’m not calling Kobe a narcissist. He earned that and he needed that, but I can’t set out and say, ‘I want a farewell tour like Kobe Bryant.’ That’s not who I am.”

Two of Wade’s former Heat teammates, LeBron James and Chris Bosh, had suggested such a tour was in order. However, Wade is simply content to soak in the atmosphere surrounding his 16th season in the NBA, ending his career the same way it began: in a Heat uniform. During the more than 13 seasons wearing that jersey, he developed into a South Florida icon and was a major part in helping lead the franchise to all three of its NBA titles.

While Wade might prefer a more low-key approach, it seems inevitable that NBA teams will take time during the Heat’s trips to each respective city to pay a more subdued tribute. The best guess would be a video presentation either before the game or during a timeout that shows exactly what Wade represented to the league during his legendary career.
[xyz-ihs snippet=”HN-300×250-TextnImage”]