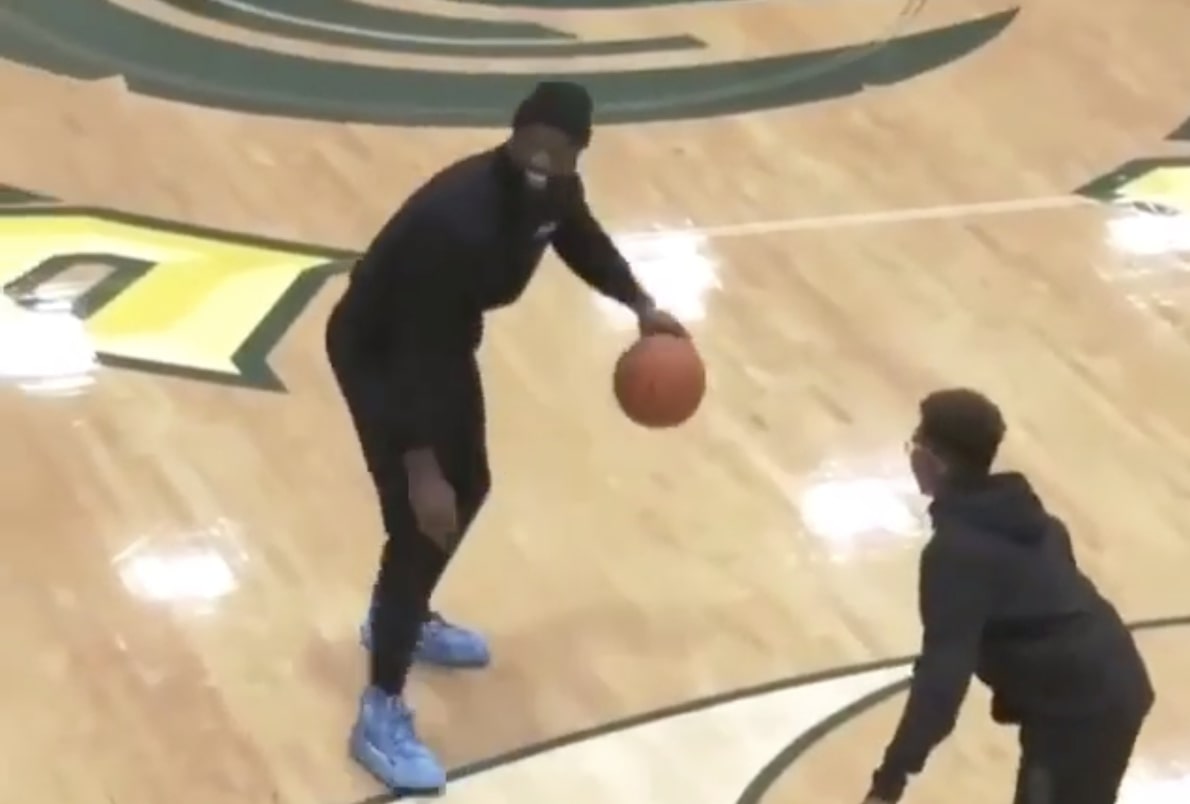 Dwyane Wade was seen playing one-on-one against LeBron James’ son during halftime of a high school game between the Sierra Canyon Trailblazers and Rancho Christian Eagles on Monday.

However, it was not James’ eldest son, LeBron James Jr., that Wade went up against. Rather, it was 12-year-old Bryce Maximus James who showed off his basketball skills versus the Miami Heat legend.

The Los Angeles Lakers star’s youngest son was seen making shot after shot in a video that showcased his deadeye shooting.

The fans in attendance were in awe of the younger James’ shooting prowess as they cheered after each nailed basket.

Bryce James and D-Wade playing 1-on-1 at halftime of the Sierra Canyon game. ? @br_hoops

While the 35-year-old James is busy playing in the NBA, Wade is likely looking after his friend’s sons in his absence. That’s because Wade’s own son plays alongside LeBron James Jr. for Sierra Canyon.

Unfortunately for the Wade and James families, the Trailblazers lost the game in overtime, 85-81.

Nevertheless, the crowd was treated to an entertaining halftime show that featured a former All-Star and a young boy who could one day be a star in the NBA himself.