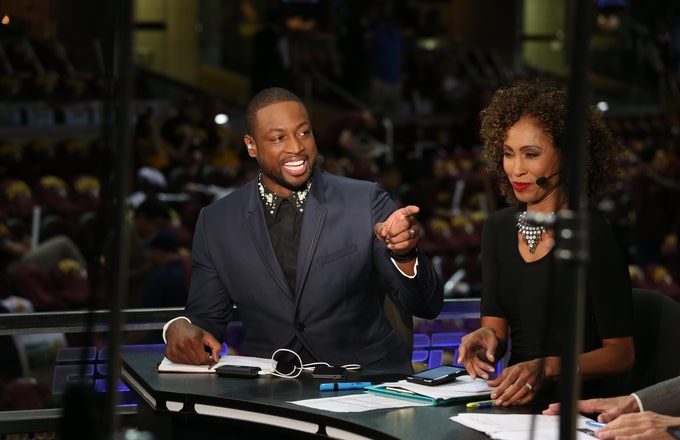 Former Miami Heat star Dwyane Wade is keeping busy in retirement, and on Wednesday night he took to social media to hint at the development of an upcoming show on TNT.

Back in October, it was announced that Wade had signed a deal with WarnerMedia and would become an NBA on TNT analyst in the process.

Though he’s still young in his career as an analyst with the network, Wade has the charisma and confidence necessary to enjoy a lot of success.

Per this video, Wade seems to have even more in store for his fans regarding his blossoming career in entertainment.

While very little about the show is hinted at on Wade’s Instagram story, it looks like the new program is set to premiere on Jan. 28. Given that timeline, it’s quite likely some official announcement about the show will be made in the near future.

For Heat fans, it looks like they’ll be getting even more opportunities to spend time with their beloved three-time champ.

dwyane wadeFeaturedmiami heatNews Ticker
← Previous Story Jimmy Butler: ‘You Have to Be a Special Talent and a Special Human Being’ to Play for Miami Heat
Next Story → Jimmy Butler Savagely Shuts Down Idea That Boston Celtics Are Miami Heat’s Biggest Threat