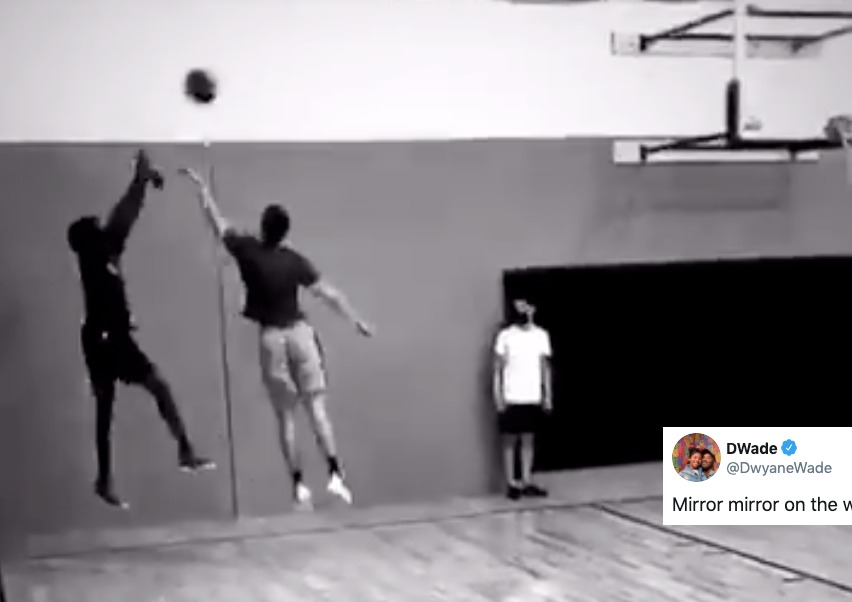 Miami Heat legend Dwyane Wade was thrilled to see his son, Zaire, put on a series of fancy moves in a recent clip.

Mirror mirror on the wall https://t.co/Un4ZCgye4v

The younger Wade will be not be going to any elite universities this upcoming fall. Instead, he plans to attend Brewster Academy next year to continue his basketball career.

While the younger Wade’s path to the NBA isn’t very clear at the moment, he has a great support system in his father.

After all, the elder Wade has plenty of experience in the basketball world. The Heat icon has three championships, a Finals MVP award and an Olympic gold medal under his belt. Furthermore, he is the Heat’s all-time leading scorer.