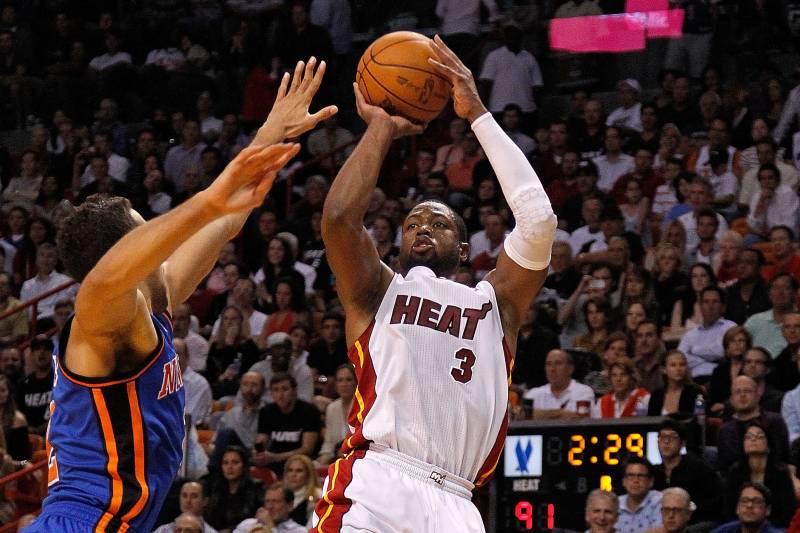 Miami Heat legend Dwyane Wade had a knack for destroying the New York Knicks during his playing days.

The former guard looked back on one of his most memorable games against the Knicks with some strong language.

This specific contest between the Heat and Knicks took place in February of 2009.

Early in the fourth quarter, opposing forward Danilo Gallinari inadvertently chipped Wade in the mouth. The Heat guard needed three stitches in his lower lip after the game.

However, Wade made the Knicks pay for the rest of the fourth period.

The 2006 NBA Finals MVP erupted for 24 points in the final quarter, including 15 points during a 19-0 run that helped the Heat steal the game.

Later during the 2009 season, Wade dropped a career-high 55 points against the Knicks.

The three-time champion has career averages of 22.0 points, 5.4 assists and 4.7 boards per game.