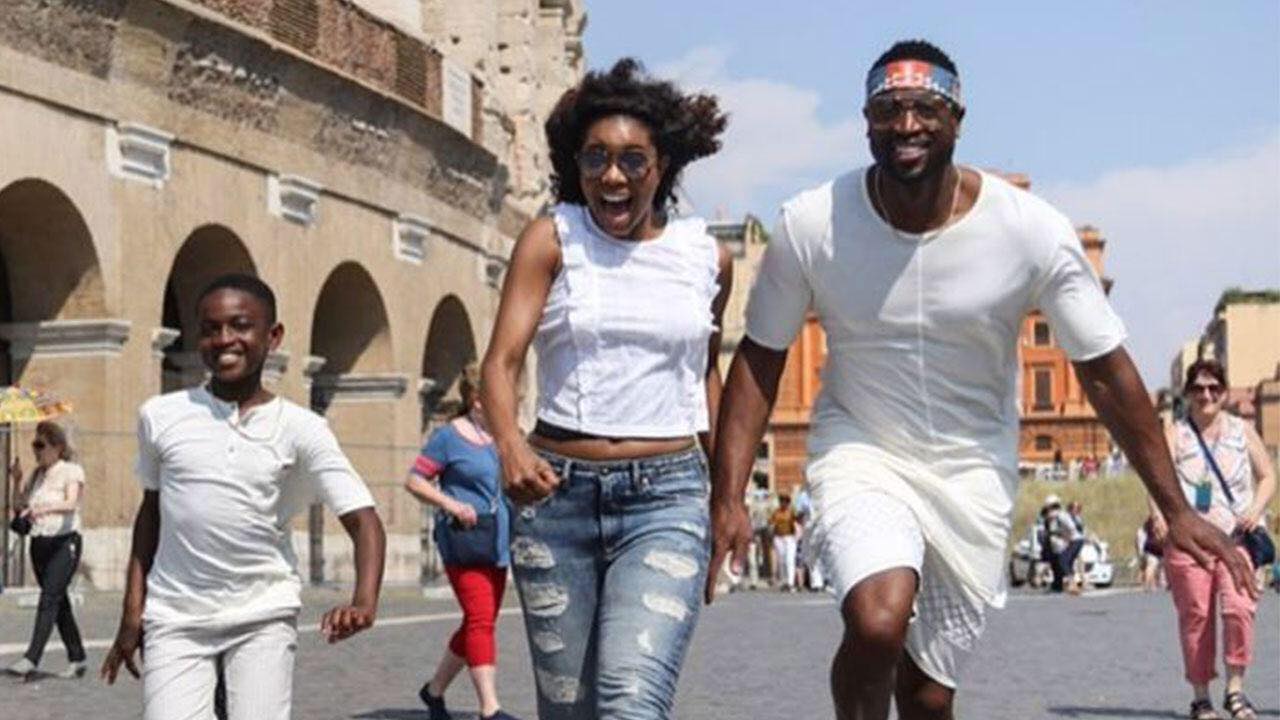 Miami Beach Pride is in full swing at the moment, and the Wade family has been taking part in a big way.

Dwyane Wade’s wife, Gabrielle Union, was seen in a video dancing and enjoying the festivities with Wade’s son and Union’s stepson, Zion.

Dwyane Wade’s older son, high school basketball star Zaire Wade, was also in on the fun and dancing to the bumping music.

Still, the NBA legend made sure his son knew that he both supports and loves him even though he wasn’t able to attend.

“Zion had his own cheering section today,” Wade said. “Wish I was there to see you smile kid.”

With Dwyane Wade’s retirement just days away, it seems like the party is already in full swing for the whole family.

While there’s no telling what Dwyane Wade will choose to do with his career going forward, it is clear that the future is bright for not only himself, but for his children as well.
[xyz-ihs snippet=”HN-300×250-TextnImage”]