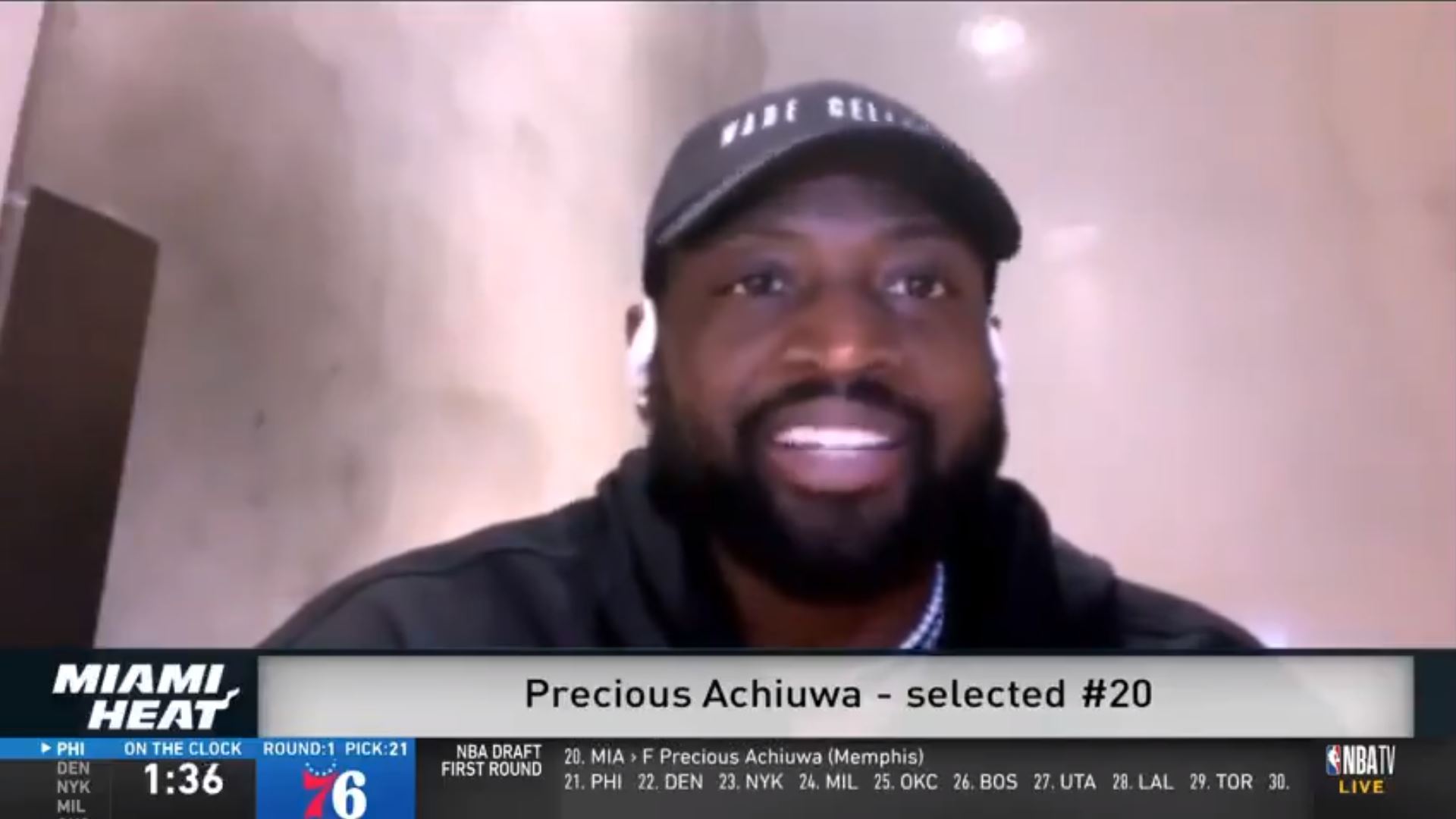 The Miami Heat have chosen Precious Achiuwa with the 20th pick in the 2020 NBA Draft, and arguably the team’s greatest player ever loves the selection.

You heard him… @DwyaneWade loves the pick

“Just talking to my best friend, my brother Udonis Haslem, who’s a captain over there. We talked about what was the Heat’s need, and the one thing we talked about was Bam [Adebayo],” said Wade. “He’s taking a beating down there. So to have somebody that can come in and play the same way. He’s a young Bam. Coming in, Bam couldn’t shoot early on. He was real athletic, a good roller to the rim, a great shot blocker, and with the Heat’s ability to make sure they put the work in with these players and teach them the NBA game slowly. This kid can develop into what Bam has now developed into.

Achiuwa can play both forward spots, and at 6-foot-9, he has good height for the 3 and 4 spots. He possesses ample athleticism, can run the floor well, finish at the rim, rebound and block shots.

With a 7-foot-2 wingspan, he also may have the ability to eventually become an elite defender at the NBA level.

The Heat do lack a little bit of depth at forward, so Achiuwa could get minutes and contribute before long if his overall game and skill sets translate well to the pros.

Miami certainly has the culture to help him tap his full potential if the desire and work ethic are there.