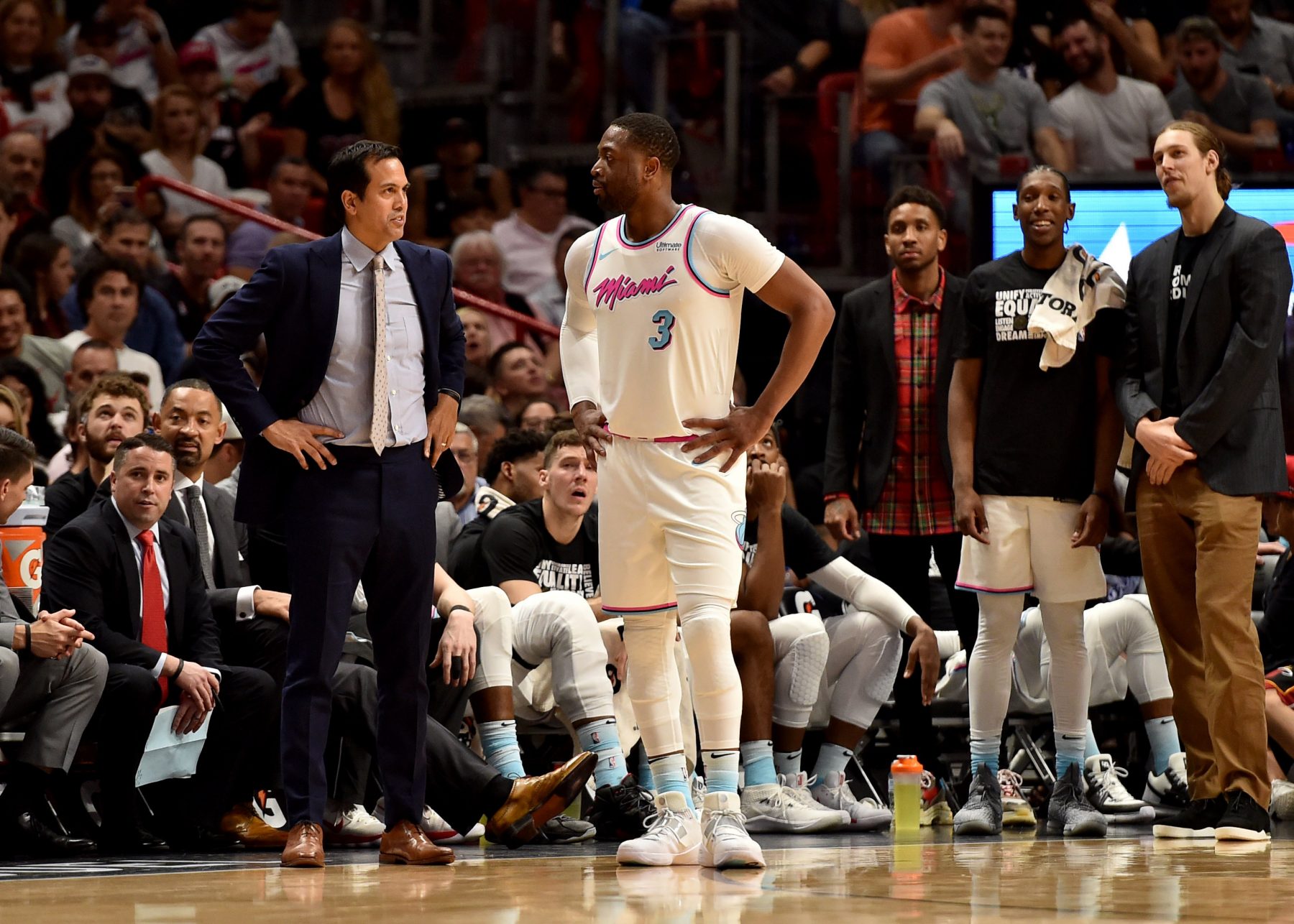 Miami Heat legend Dwyane Wade was never known for his 3-point shooting throughout his career.

While watching his former team shoot 43 total 3-pointers against the Boston Celtics on Tuesday, Wade mentioned that he wished that Heat head coach Erik Spoelstra would have let him take more shots from beyond the arc during his time in Miami.

Dwyane Wade jealous of this Heat team because Spo let’s everyone shoot threes now and he wasn’t allowed to when he played 😂😂😂 pic.twitter.com/laeqdCbaBM

“Erik Spoelstra, I love him to death, but I feel like he held me back now, Coach,” said Wade. “You’re allowing everybody to shoot all these threes that you did not allow me to shoot.

“He wouldn’t let me shoot. He told me I was shooting the home-run shot. But I love Coach.”

Wade last played in the NBA during the 2018-19 season. During that season, he took 3.6 3-pointers per game. It was the highest average of his career.

The 38-year-old also mentioned that he was impressed with the way the team was played without All-Star Jimmy Butler.

“What I love about the way that the Miami Heat are getting threes is ball movement, which are very important when they don’t have a Jimmy Butler,” he said. “They don’t have the guy that really penetrates for them and gets these guys shots.

“So the ball movement is important. Pitch-aheads are important. They’re doing a great job of getting the rebounds, pitching it ahead. And, also, too, with Tyler Herro and Duncan Robinson, they’re always moving without the ball. So they’re doing a great job of down screening, getting those guys to come up. All they need is .2 seconds to get their shot off. It’s gone.”

The Heat are currently shooting 38.2 percent from three, which leads the league. The Heat also take 35.0 3-point attempts per game, which ranks 10th in the league.

Miami’s next game will be on Thursday against the Milwaukee Bucks.