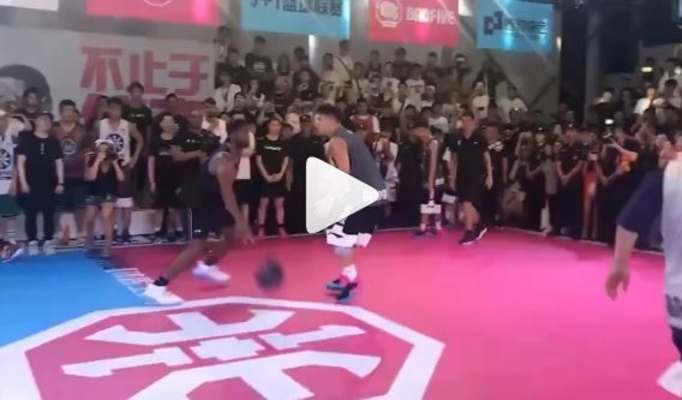 Former Miami Heat guard Dwyane Wade may have played his last NBA game in April, but it’s clear that he still possesses the skills that will eventually lead to enshrinement in the Hall of Fame.

During a trip to China, Wade put those skills on display and dazzled the attentive audience in the process.

I will forever love this game! #WadeChinaTour2019

The 37-year-old Wade was in Shenzhen, Guangdong, competing against Chinese players while on a tour of the vast country. In the brief clip, he manages to easily drive to the basket to score, before then using his defensive ability to collect a steal and follow up with a quick basket.

Last year, when Wade was deciding whether or not to return for one more year, he received a lucrative offer from a Chinese team to play for it. Rejecting that offer allowed Wade to be recognized across the NBA, with opposing crowds giving him standing ovations and other teams offering tribute videos to recognize his legendary career.

During his final season, Wade was able to avoid the usual stumbles of aging athletes who try to close out legendary careers on a positive note. He averaged 15.0 points, 4.2 assists, 4.0 rebounds and managed to connect on a career-high 33 percent of his shots from beyond the arc.

That performance led many of his fellow players, as well as fans, to urge him to reconsider his retirement pledge. Wade has rejected those requests, though he did joke about possibly returning to the court if the Heat were successful in acquiring shooting guard Jimmy Butler.
[xyz-ihs snippet=”HN-300×250-TextnImage”]