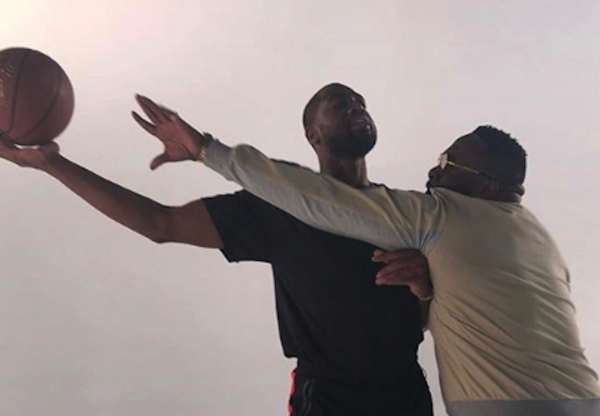 The former Miami Heat star congratulated Ross on his achievement in an Instagram story while the celebrated rapper was seen playing with a basketball in the background.

“Big ups to my big homie for having the No. 1 album, man,” Wade said. “‘Port of Miami 2’ if you all ain’t listening, listen to it over and over and over again, dawg.”

Wade, however, knocked his friend off the pedestal a bit by making fun of his basketball skills.

Being one of the best players in the league during his heyday gave Wade some leeway to poke a little bit of fun at Ross.

Wade also posted a series of pictures with Ross, repping the 305 area code.

Ross is a huge Heat supporter, often seen at American Airlines Arena to cheer on the team.

Beginning in the 2019-20 regular season, fans might now find him sitting alongside the recently retired Wade.