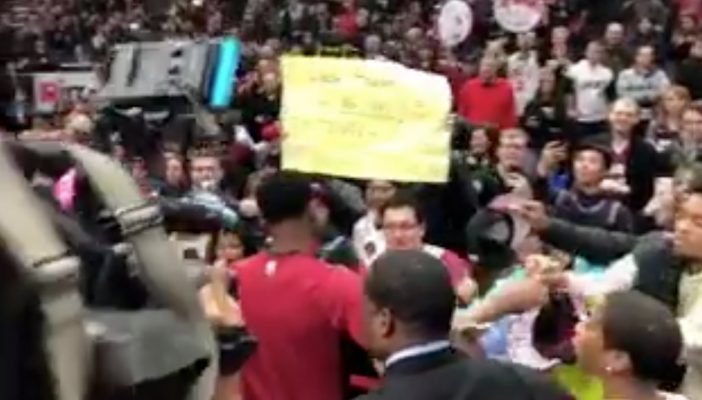 On Saturday night, Miami Heat guard Dwyane Wade played in what was likely his last NBA game in the city of Chicago.

After the Heat’s victory against the Chicago Bulls, in which Wade recorded 14 points, 10 rebounds and seven assists, he tweeted out how he appreciated the support and love he received.

Wade, a Chicago, Ill. native, signed tons of autographs before the game started, as seen in the video above.

Throughout his career, Wade has played against the Bulls in 50 games. In those games, he has averaged 20.2 points, 4.7 rebounds and 4.9 assists.

The Heat and Bulls will face off against each other one more time during the regular season on Jan. 30. However, that game will be held in Miami.

It is nice to see that in his last game in his hometown, Wade got the great love and support he has rightfully earned throughout his 16-year career.
[xyz-ihs snippet=”HN-300×250-TextnImage”]