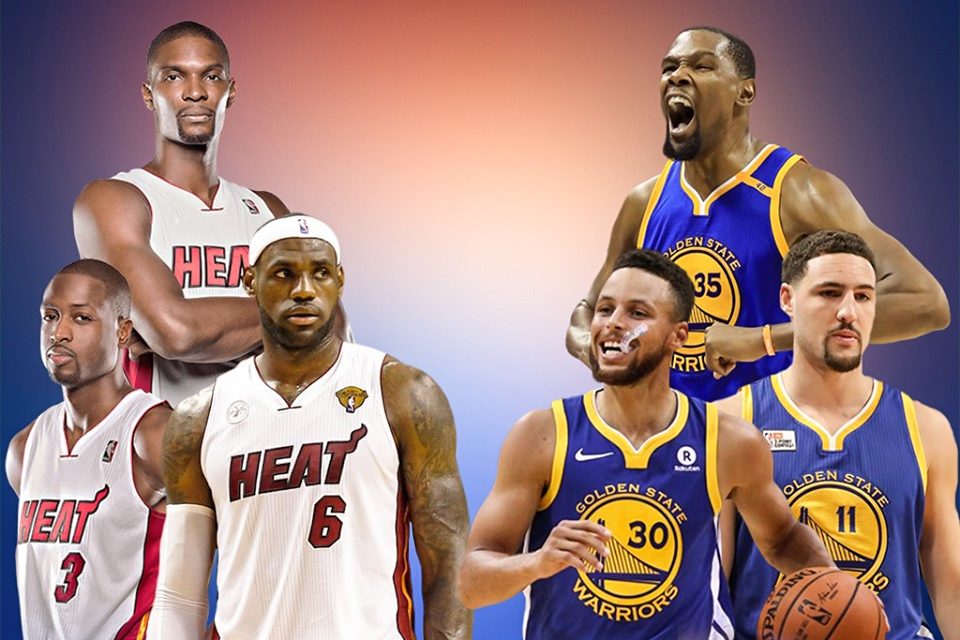 While Miami Heat icon Dwyane Wade and Golden State Warriors star Stephen Curry were having a fun time chopping it up with their spouses on Instagram Live on Friday, the two guards made sure to squeeze a small basketball debate during their virtual hangout.

The 2006 Finals MVP pondered who would be better if the Heat and Warriors stacked up against each other in their primes. The sharpshooter had a clever response.

D-Wade had to ask Steph about it.
(via @DwyaneWade) pic.twitter.com/mpYzrbjWRz

“We might have to get this on 2K to play this thing out,” Curry hilariously said.

While Wade laughed at Curry’s answer, he offered a powerful statement to defy the pointless debate.

“I think we all have those moments where you see great teams and you see great individual players, and be like, ‘Damn, I would love to have had a moment to play against them in my prime,'” Wade said. “I just say that to say that when you guys — shortly after the Big 3 era when we kind of had the NBA — you guys came and took it over, I was like, ‘Damn, I would have loved to play them right now.’ That’d be it. Eastern Conference versus Western Conference.”

Wade, 38, retired from the NBA following the conclusion of the 2018-19 regular season.

The arguable apogee of his career career occurred after fellow All-Stars LeBron James and Chris Bosh joined forces with him in Miami in 2010.

The trio went to four NBA Finals, won two championships and broke a myriad of league records together.

While the high-profile squad dominated the first half of the decade, the Warriors stole the show during the the last half.

While Golden State could resume its dominance next season, it will look completely different after missing the playoffs this year. Curry and Klay Thompson will be coming off injuries.

In addition, it will be without the services of two-time Finals MVP Kevin Durant, who departed the Warriors for the Brooklyn Nets last summer.

Regardless of the debates, the Heat and Warriors gave the league unparalleled entertainment and competition over the prior decade.