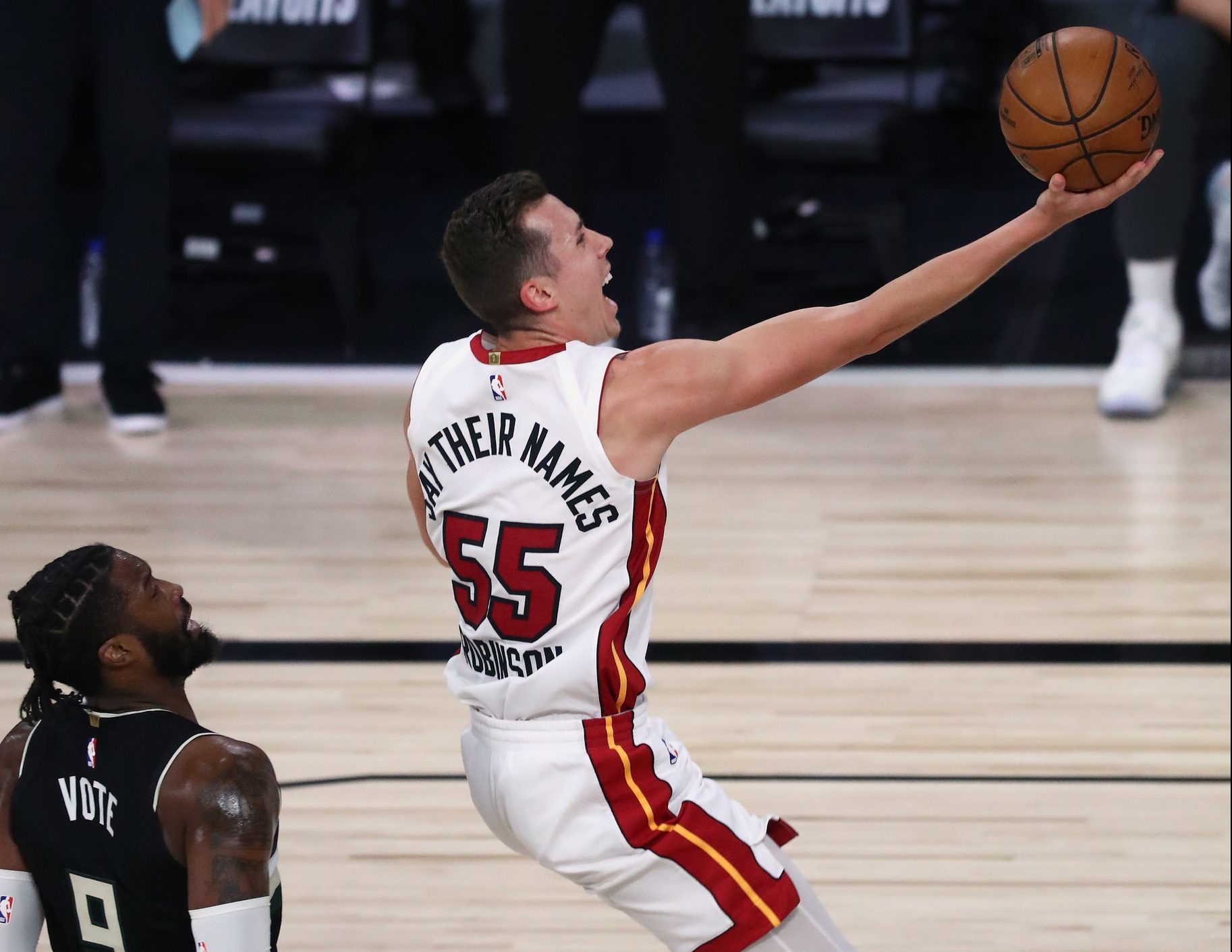 The Miami Heat are on the verge of advancing to the Eastern Conference finals with a 3-1 lead over the top-seeded Milwaukee Bucks heading into Game 5.

In order to close the door on Giannis Antetokounmpo and company, sharpshooter Duncan Robinson believes the Heat need to be the team in desperation mode.

Duncan Robinson on the mentality the Heat must have tonight: “just kinda tapping into that sense of urgency. We play our best when we have that, and we play like a desperate team.” https://t.co/eJxYJe8eih pic.twitter.com/4BpAXobmCN

“Closing out this team is going to be really, really tough,” Robinson said. “They’ve got a ton of experience, a lot of talent. We just gotta kind of focus on being our best version.”

Robinson has been one of the key players for the Heat during their incredible playoff run thus far. Miami has only lost one game in the postseason up to this point.

The second-year guard out of the University of Michigan has been a solid contributor. He’s averaging 10.8 points per game while shooting an impressive 37.5 percent from beyond the arc against the Bucks this season in the playoffs.

The real question moving forward in the playoff series is the health of Antetokounmpo. The reigning NBA MVP injured his left ankle earlier in the series, putting his status in doubt for Game 5.

Although the Bucks were able to win Game 4 without Antetokounmpo due to some late-game heroics by Khris Middleton, Miami will be in a good position to advance to the next round if the recently named NBA Defensive Player of the Year is stuck watching from the bench.

If the Heat can get the win on Tuesday, Heat head coach Erik Spoelstra’s squad will await either the Boston Celtics or defending NBA champion Toronto Raptors. Boston is currently leading the series, 3-2, after blowing out Toronto by 22 points on Monday night.