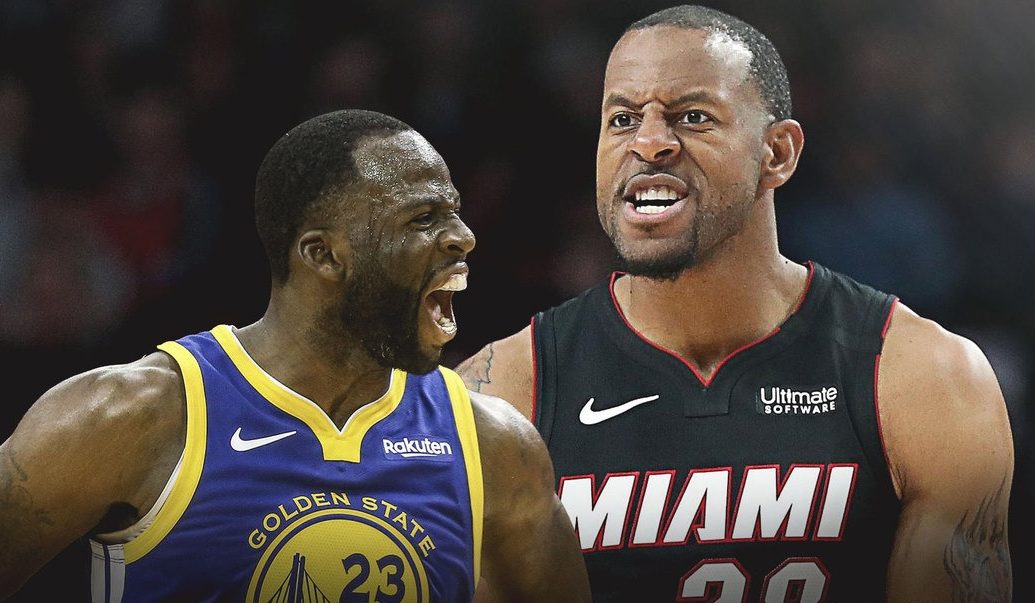 Miami Heat newcomer Andre Iguodala will play against the Golden State Warriors for the first time since getting traded by them last summer on Monday night.

Former teammate Draymond Green joked that he will show Iguodala some tough love in the veteran’s reunion contest.

Iguodala, 36, played with the Warriors for six seasons.

The shooting guard and Green shared some incredible memories and successes during their time together in Golden State. In fact, Iguodala and Green went to the NBA Finals five times and won three championships together.

However, despite Iguodala’s stellar contributions to the franchise, the Warriors shipped him to the Memphis Grizzlies last offseason. The 6-foot-6 pro had sat out the entire 2019-2020 regular season until he got traded to the Heat last week.

In his Heat debut against the Portland Trail Blazers on Sunday, he put up just two points, six boards and three assists in 23 minutes of action. However, considering he hasn’t played professional basketball in nearly eight months, his first game back was encouraging.

While the Heat won’t be asking the 2015 NBA Finals MVP to be a superstar, they do expect him to bring the team playoff experience, defensive prowess and strong basketball IQ.