Don't Miss
Home / Videos / Dion Waiters Pays Homage to Dwyane Wade: ‘I Get to Learn From One of the Best’

Dion Waiters Pays Homage to Dwyane Wade: ‘I Get to Learn From One of the Best’ 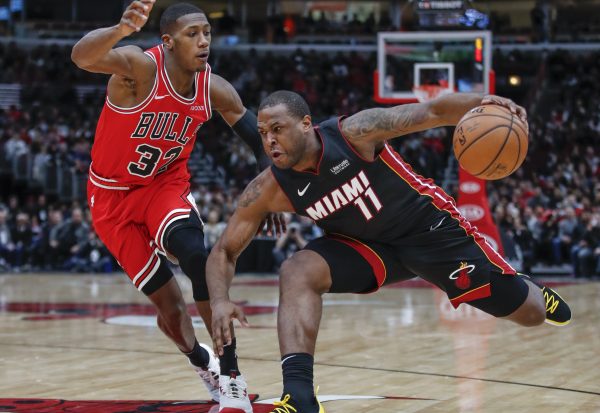 There’s plenty of uncertainty surrounding the Miami Heat and the role Dion Waiters will play going forward, but there’s no doubt that the 27-year-old has a great deal of respect for the veterans who came before him.

After Monday’s 107-99 loss to the Boston Celtics, Waiters talked about how he’s acclimated to playing alongside a player like Dwyane Wade.

“I get to learn from one of the best,” said Waiters. “He allows you to be you. He allows you to play your game. I understand that I won’t have the ball as much in my hands because, you know, he’s out there, he’s facilitating. You know, we do similar things, make plays, get guys involved, create our own shots…”

There’s no doubt that Waiters has been unhappy since coming back from his year-long injury. However, he clearly understands how beneficial playing alongside Wade can be.
[xyz-ihs snippet=”HN-300×250-TextnImage”]