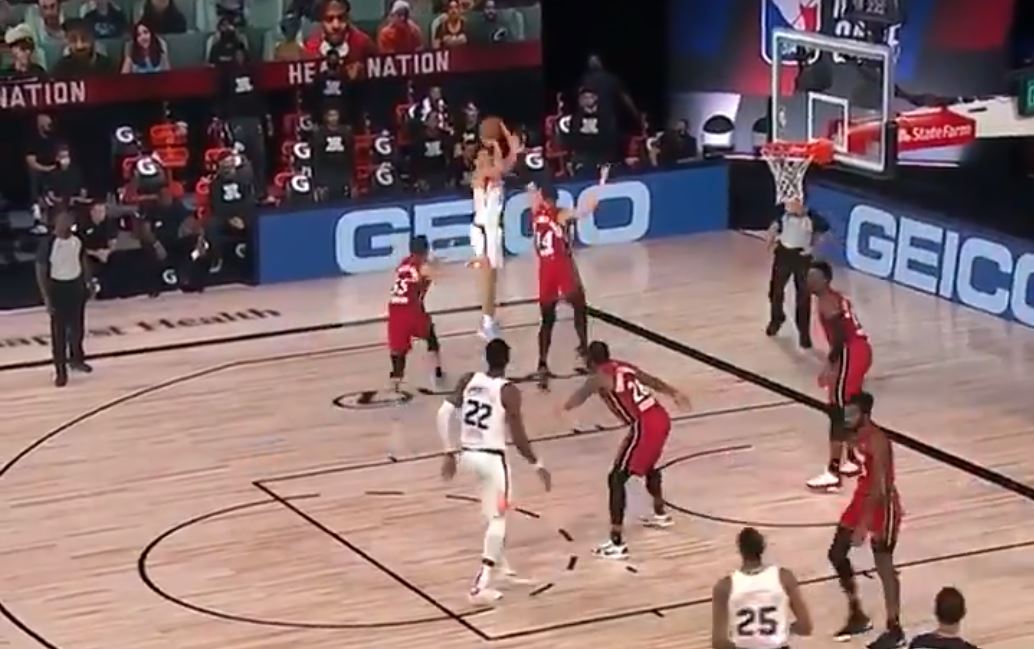 Tyler Herro has had a very strong rookie season for the Miami Heat, and one of the reasons why is because he doesn’t shy away from a challenge.

On Saturday, after Phoenix Suns superstar Devin Booker hit a jumper over him, Herro came right back the next possession and hit an elbow jumper in Booker’s face.

Devin Booker and Tyler Herro going at it 😯 pic.twitter.com/vpGii7ck1U

Booker may be the best player in the NBA who no one has really been talking about. On the season, he’s averaging 26.2 points and 6.6 assists a game while shooting 48.6 percent from the field.

In the first four games of the 2019-20 season’s resumption, he has upped his scoring average to 28.0 a game. The Suns have won all four games while fighting for a chance at their first playoff appearance in a decade.

Herro, meanwhile, has been a mini revelation for Heat head coach Erik Spoelstra. The University of Kentucky product is averaging 12.8 points a game this season while hitting 38.7 percent of his 3-pointers.