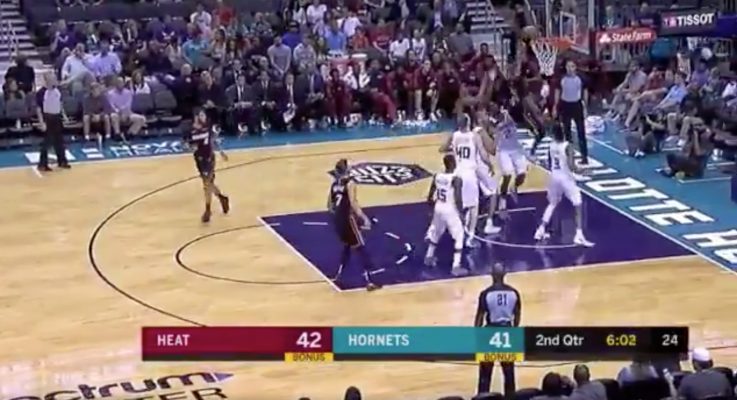 The Miami Heat are trying to get through the preseason without any more injuries cropping up.

The team dodged a bullet on Tuesday night in their game against the Charlotte Hornets after Derrick Jones Jr. appeared to have suffered a potentially serious injury to his shoulder that quieted the crowd at Spectrum Center.

However, X-rays on the shoulder later came back negative.

Scary moment as Derrick Jones Jr goes down hard. Gets up and taken off court with arm being held to his side. Didn’t look good, but we’ll see what Heat update on it. (Via @FOXSportsHEAT) pic.twitter.com/JvZvXtUIjx

Up and to locker room, could be elbow. Not sure. Hush from crowd when replay shown. https://t.co/7k6NGj7k2g

The 21-year-old Jones is known for his leaping ability, a talent that could see him playing other positions than the wing. The Heat are breathing a sigh of relief that the scary incident appears to have caused no major issues.

The team has two weeks to get ready for the start of the regular season, with Tuesday night’s game having four players ruled out because of injury or continued rehabilitation from offseason surgery.
[xyz-ihs snippet=”HN-300×250-TextnImage”]