Derrick Jones Jr. Explains Why Kyrie Irving Is His Favorite Player to Defend 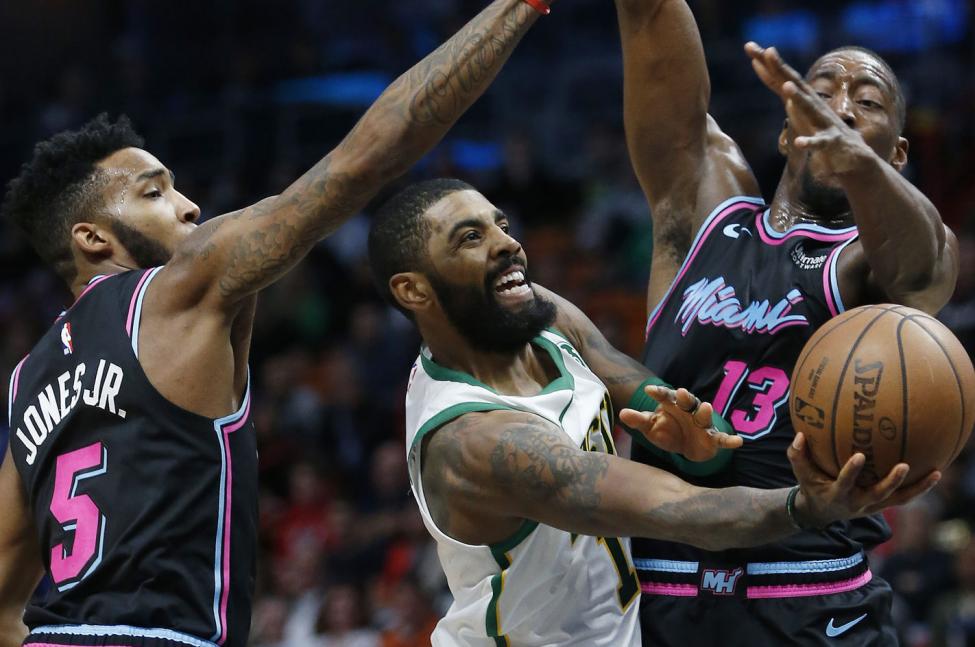 DJJ just said Kyrie is his favorite player to guard because of the challenge. Says he wants to be Defensive Player of the Year in the future

Although the former dunk contest participant is known for his entertaining slams, Jones also turned into a viable defender, rotational piece and contributor off the bench for the Heat this past season.

Irving, 27, is one of the best point guards in the association. The eight-year pro has career averages of 22.2 points, 5.7 assists and 3.6 rebounds per game. The 2016 champion is currently an unrestricted free agent, though he is heavily expected to sign with the Brooklyn Nets.

Known for his flashy handles and amazing finishes around the rim, Irving is one of the hardest players to slow down. However, that makes it all the more fun for ambitious players, such as Jones, to take on the challenge and nurture their defensive prowess.
[xyz-ihs snippet=”HN-300×250-TextnImage”]