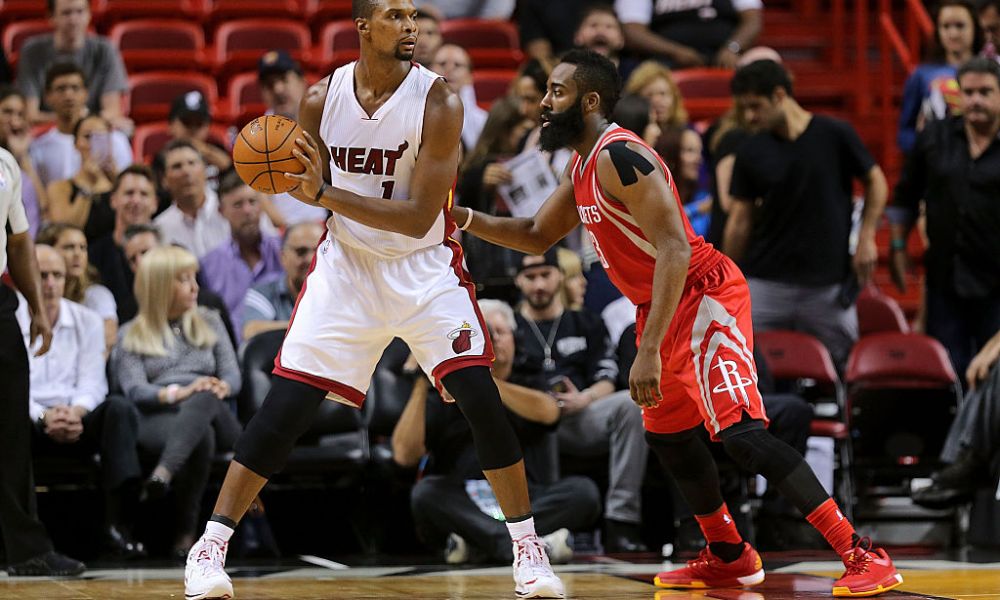 Rockets general manger Daryl Morey believes the Rockets would have won a championship if they had landed Bosh.

I hope @NBA2K @ShaneBattier forgives me for trading him again-at least it was to the @MiamiHEAT this time!

My dream of @chrisbosh on the @HoustonRockets is finally fulfilled-I think we win the title if we get him in 2014-he is perfect modern @NBA centerhttps://t.co/MleklZJxI2

Bosh, 36, is one of the best players to put on a Heat jersey.

The Heat were in limbo in the summer of 2014 following four-time MVP LeBron James’ departure back to the Cleveland Cavaliers. While the Heat wanted to keep Bosh on the roster, the Rockets attempted to lure the power forward away.

A tandem of Bosh and superstar James Harden would have been one of the best duos in the NBA.

In the end, Bosh rejected the Rockets’ four-year, $88 million offer in order to stay in Miami on a massive five-year, $118 contract.

Unfortunately, the former All-Star wasn’t able to fully live up to his deal. His career was cut short due to blood clots.

Still, the veteran accomplished a ton throughout his 13-year run in the NBA. Bosh won a gold medal, played in four NBA Finals and captured two championships during his time in the league.