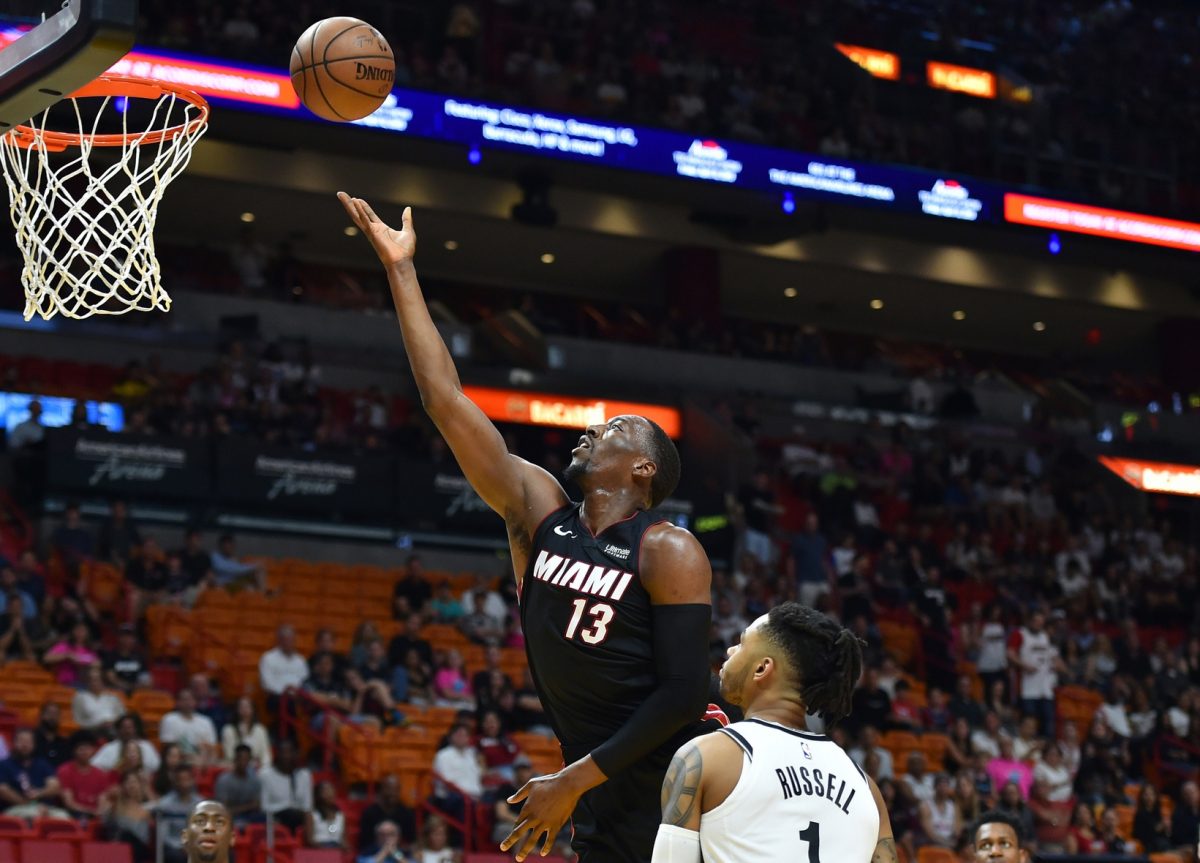 On Wednesday, the Miami Heat overcame a late win by the Milwaukee Bucks to defeat them, 116-114, and go up 2-0 in their second round playoff series.

Not only does Miami’s present look promising, but so does its future.

Minnesota Timberwolves guard D’Angelo Russell talked about the young players who have impressed him lately, and why he’d choose Heat center Bam Adebayo to build around for the next decade on a recent episode of The Old Man and the Three with JJ Redick and Tommy Alter.

“Honestly, the way the league’s going, I’m gonna go with Bam, Bam Adebayo,” said Russell on a young guy he’d build around for the next 10 years. “When you have somebody that big that’s so versatile on the defensive end and what he brings on the offensive end, just the way the league’s going, you see him guarding Giannis [Antetokounmpo] throughout the season, and he just made that matchup tough for him, so I’m going with Bam for sure.”

Adebayo was a finalist for the NBA’s Most Improved Player award this season. After averaging 8.9 points, 7.3 rebounds and 2.2 assists in the 2018-19 campaign, he has upped those numbers to 15.9 points, 10.2 rebounds and 5.1 assists per game this season.

In the first six games of the 2020 NBA Playoffs, Adebayo has maintained his production by putting up 14.5 points, 11.8 boards and 5.0 dimes a game.

Adebayo just turned 23 years of age in July, which makes one wonder how much better he’ll become in just the next couple years.

In general, one thing is for sure: The NBA will be in great hands for the next decade due to an outstanding crop of new stars in their early-to-mid 20s.