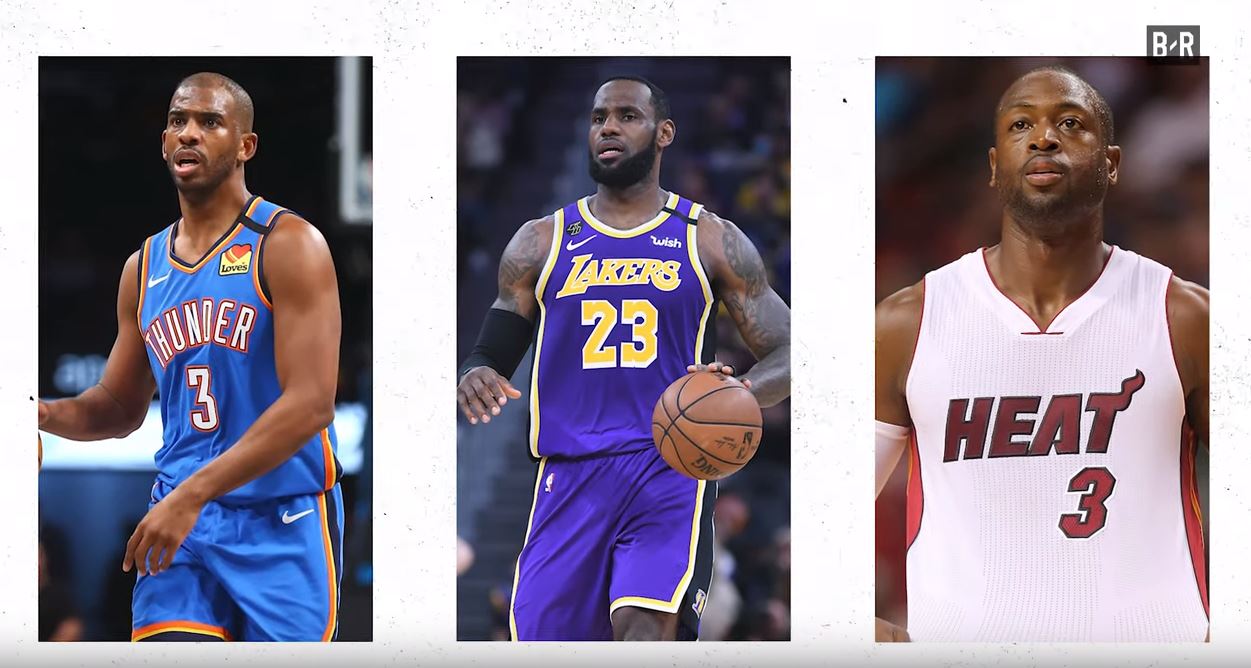 On an episode of “Take It There,” the show’s host, Taylor Rooks, wasn’t able to get much detail (at the 12:20 mark) about the near convergence of the three superstars, other than it almost happened.

Of course, Wade and James did team up for the Heat from 2010 to 2014, with the results coming close to what was expected when James was signed as a free agent in 2010. That memorable stretch saw the Heat reach the NBA Finals every year and capture league titles in both 2012 and 2013.

Wade and James would also reunite with the Cleveland Cavaliers during the 2017-18 season, but Wade was dealt back to the Heat at the February 2018 trade deadline.

One other close friend of the trio who only managed to play for a short period with Paul was Portland Trail Blazers veteran forward Carmelo Anthony.

In that case, Anthony played only ten games for the Houston Rockets last season before being traded to Chicago, where he was subsequently released.

During the offseason, Paul was then dealt to Oklahoma City.

The opportunity for all four to one day play together is something that won’t happen, primarily because Wade is in retirement.

However, for a fleeting moment, Paul, James and Wade came close to making it happen.