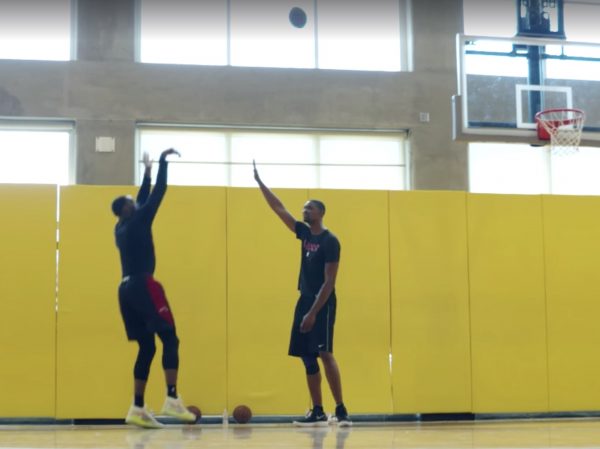 Former Miami Heat forward Chris Bosh officially announced his retirement earlier this year, but he could be in the early stages of transitioning into the world of coaching.

That possibility was evident from a brief video of the former All-Star training with current Heat center Bam Adebayo.

The 35-year-old Bosh last played in an NBA game in February 2016 before being forced to retire because of potential life-threatening issues related to blood clots.

While it took three years for him to make the official announcement, the final decision was effectively made for him when neither the Heat nor any other NBA team wanted to risk playing him.

Retirement for Bosh came on Feb. 12, 2019. It was eight days after the Heat announced that they would retire his No. 1 jersey in a ceremony that took place in late March.

Adebayo hopes to have a similar career resume by the time he hangs up his sneakers for good.

In his first two seasons with the Heat, he’s averaged 8.0 points, 6.5 rebounds and 1.9 assists, with those numbers seeing an uptick during the 2018-19 campaign.

With Hassan Whiteside entering the final year of his contract this upcoming season, Adebayo seems destined to take over a starting role for the Heat very soon.
[xyz-ihs snippet=”HN-300×250-TextnImage”]