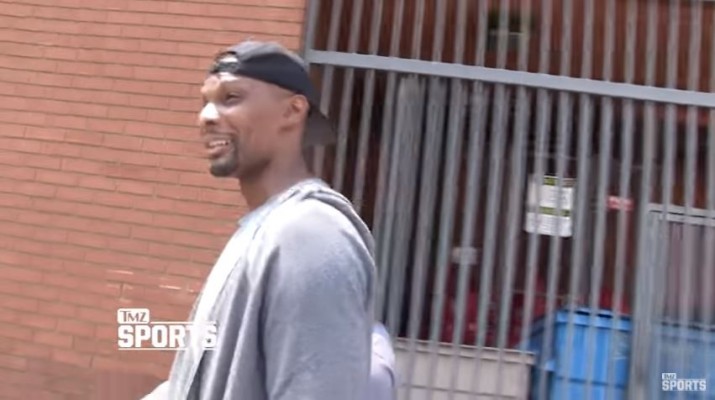 Despite having come to a final agreement with the Miami Heat over the remainder of his contract, former Heat forward Chris Bosh isn’t completely dismissive of eventually returning to the court. This comes in spite of his health problems involving blood clots that have seemingly ended his career.

The 33-year-old Bosh spoke to TMZ Sports in Los Angeles on Thursday afternoon and indicated that he hasn’t officially ruled out a comeback at some point.

Asked first about what’s next for him and whether a return was possible, Bosh simply responded:

When asked about the potential of playing for the Los Angeles Lakers in 2018 with former teammate LeBron James, Bosh didn’t completely reject the idea:

“Anything’s possible,” Bosh said, with body language that indicated he was uncertain about that likelihood.

Describing his current role as a “house dad,” Bosh was asked about his overall health

The reality is that unless a team is completely certain that Bosh will not suffer the same fate as players like Hank Gathers and Reggie Lewis, who died in the midst of playing more than two decades ago, Bosh will remain retired.
[xyz-ihs snippet=”HN-Native-EndofArticle”]