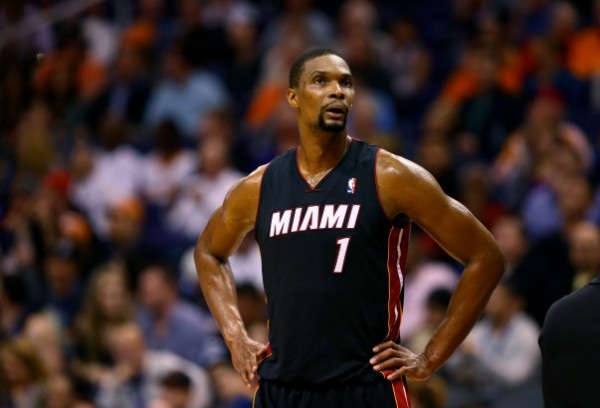 Former Miami Heat forward Chris Bosh suggested that the Heat should throw away their game plan for the NBA Finals following the team’s disappointing loss in Game 1 on Wednesday night.

Bosh appeared on the ESPN program “Get Up” and suggested that Heat head coach Erik Spoelstra should consider using the team’s bench as a way to better defend against a Los Angeles Lakers team that coasted to a 116-98 victory in Game 1.

“Rip up that old game plan that you had if you’re the Heat, ball it up, throw it in the trash and move forward,” Bosh said.

He then went into what he thinks the Heat should do going forward, likely referring to Meyers Leonard and Kelly Olynyk as potential options to combat Lakers superstar Anthony Davis.

“They do have size and strength themselves,” he said. “I know they’ll probably have to reach into their bench a little bit, probably give some minutes to their other bigs that are out there. That will compromise a little bit of their defense.”

The final score of Wednesday night’s contest was somewhat misleading considering the game was effectively over early in the second half. After leading by double digits during the first quarter, the Heat watched the Lakers storm back and secure a 32-point lead in the third frame.

The Heat were pounded on the boards in Game 1, being on the wrong end of a 54-36 advantage in that department. In addition, they were bombarded all night with 3-pointers from the Lakers, who connected on 15 shots from beyond the arc over the course of the game.

Game 2 is set to tip off Friday night, with the situation already looking dire for the Heat.