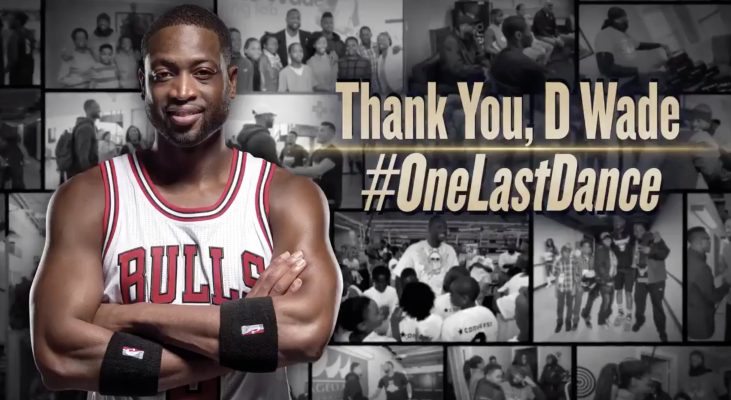 Dwyane Wade and the Miami Heat got a much-needed win over the Chicago Bulls on Saturday night, but before the game was decided, the Bulls became the latest NBA team to dedicate a tribute video to Wade’s incredible career.

Other than the Heat, the only team Wade has played an entire season for is Chicago. Part of the reason why Wade decided to sign with the Bulls prior to the 2016-17 season is because Wade is a hometown hero in Chicago. Raised in the South Side of Chicago, Wade turned to basketball at a young age. He became a standout at Harold L. Richards High School before playing his college ball at Marquette University.

Wade had a very solid night coming off the bench in Saturday’s game, finishing the matchup with 14 points, 10 rebounds, and seven assists in just 27 minutes of playing time. With this game most likely marking the final time Wade will play in the United Center, it’s good to know that some of his earliest fans got to see one more great performance live and in person.

With one of the most storied careers in NBA history behind him, Wade is returning to arenas across the NBA and receiving a heroes’ farewell. It only makes sense that his hometown team, and the team he once suited up for, offered one of the best tribute videos yet.
[xyz-ihs snippet=”HN-300×250-TextnImage”]