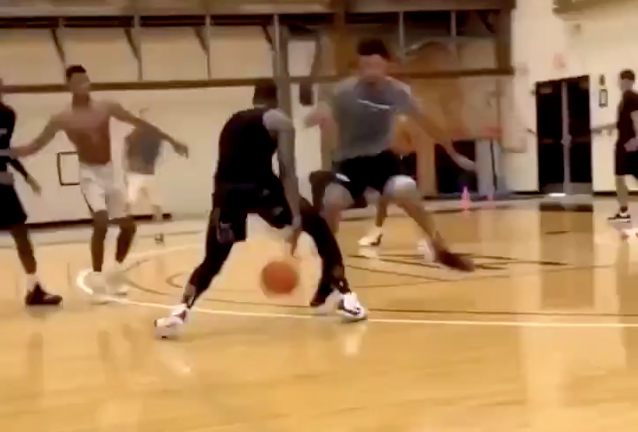 During the first two years of Miami Heat center Bam Adebayo’s NBA career, he’s primarily been an asset in the paint and on the boards.

However, this offseason, he’s spent countless hours expanding his repertoire, which has included improving both his ball-handling skills and shooting touch from beyond the arc.

Below is evidence of Adebayo’s improvement in those categories during the offseason.

The 22-year-old Adebayo stands at 6-foot-10, a height that’s important for rebounding and shot-blocking purposes. Such players aren’t really expected to be able to easily handle the ball or knock down long-range shots, with the few who can do both being put in a rare category.

Hassan Whiteside’s departure means that Adebayo will be called upon to be a regular presence in the Heat’s lineup this season. During his two years with the team, Adebayo has averaged modest totals of 8.0 points, 6.5 rebounds and 1.9 assists per game, numbers that need to be improved during the year ahead.

In the scoring category, Adebayo’s shooting from the field has been almost exclusively from inside the 3-point line. Just three of his 454 field goals have come from beyond the arc, all of them taking place during the 2018-19 campaign. One reason for that low total is that he’s only connected on just three of his 22 attempts for a forgettable 13.6 percent.

If Adebayo can provide better handles and drill deep shots, it makes the Heat a much more dangerous team within the competitive Eastern Conference.

Seeing if his work this offseason can extend into the regular season will have to wait until Oct. 23, when the Heat open the 2019-20 season at home against Memphis.