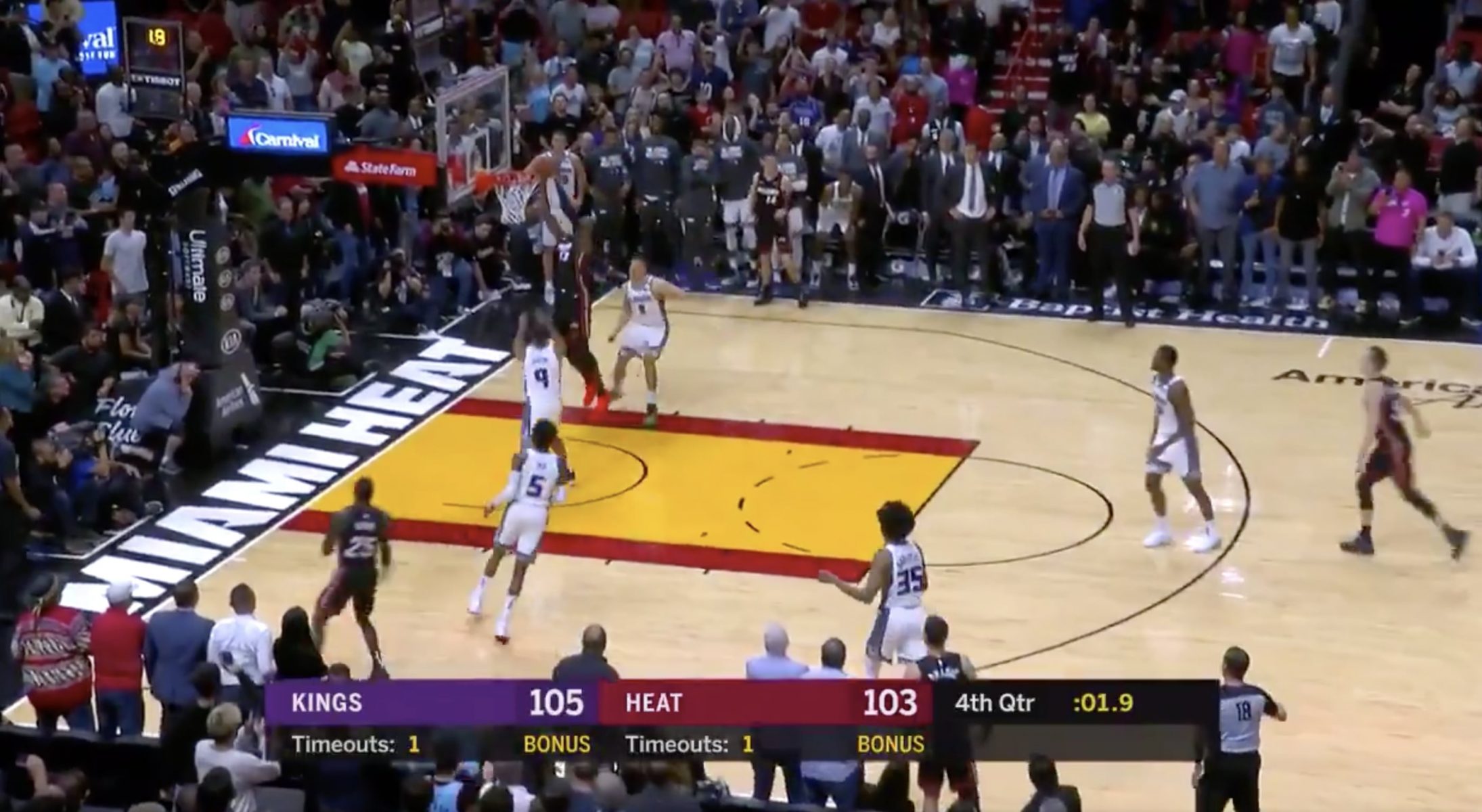 The Miami Heat were on the verge of losing their second straight game on Monday night.

That all changed when big man Bam Adebayo scored a clutch layup in the final seconds of regulation versus the Sacramento Kings.

Adebayo was able to score the game-tying shot thanks to a masterful inbound pass from guard Goran Dragic.

Adebayo recorded 16 points and 11 rebounds and five assists in the game.

Other major Miami contributors included Goran Dragic, who scored 18 points in the game, James Johnson, who finished the game with 22 points and six rebounds and Kendrick Nunn, who recorded a game-high 23 points.

Still, it was Adebayo who sent the game to overtime. His incredible play ultimately allowed the Heat to secure the win, 117-113.

Adebayo has taken massive leaps in his production this season and is getting major All-Star votes.

Bam AdebayoFeaturedmiami heatNews Ticker
← Previous Story Side-by-Side Comparison of Kendrick Nunn and Dwyane Wade Will Give You Goosebumps
Next Story → Miami Heat Fans Give Dion Waiters Rousing Ovation as He Checks in vs. L.A. Clippers