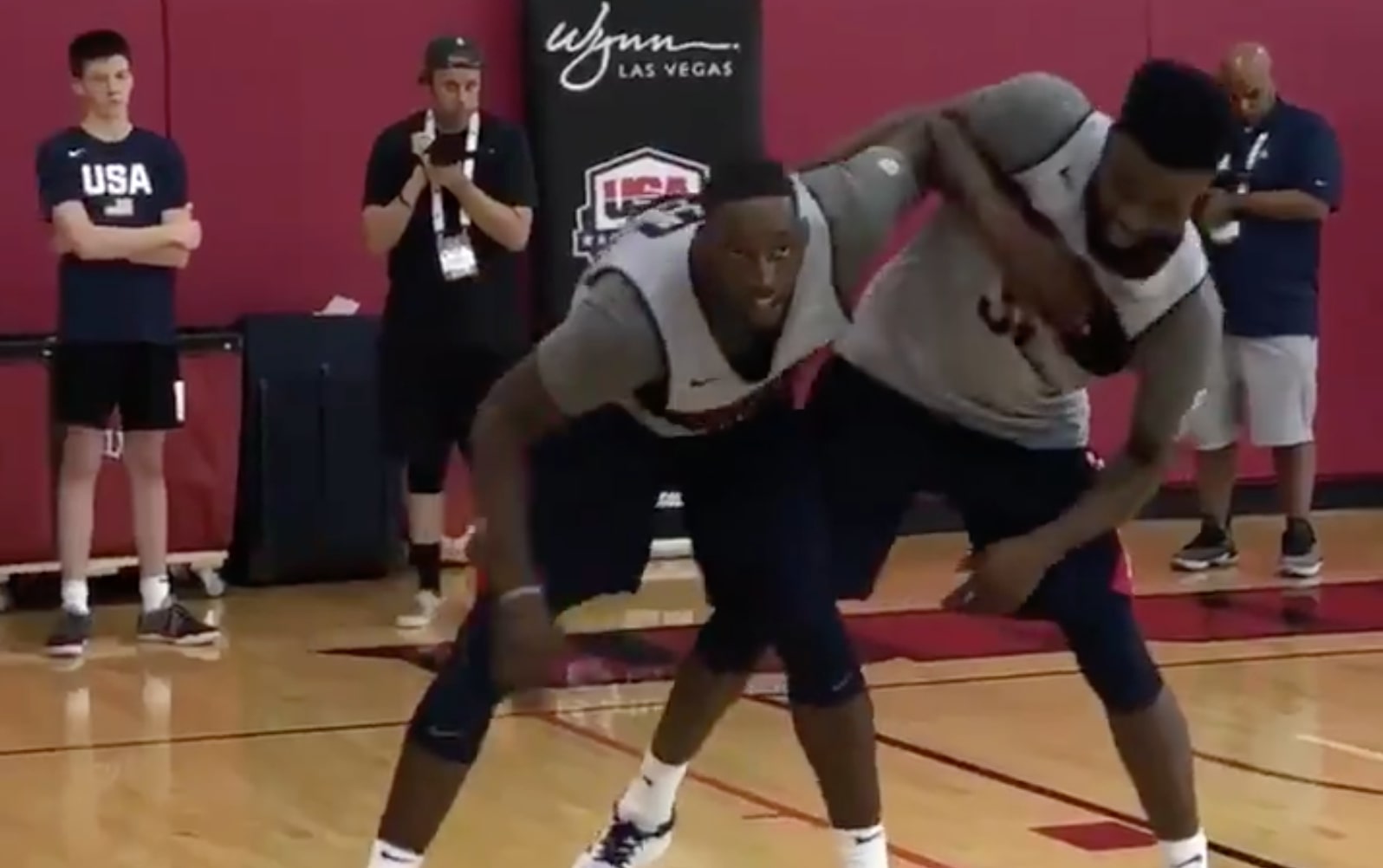 After having previously been invited to compete for a spot on the Team USA basketball squad, Miami Heat center Bam Adebayo joined other candidates for their first practice on Monday.

After that session, video was taken of Adebayo and the trio of De’Aaron Fox, Jayson Tatum and Jaylen Brown all putting in some extra work.

Adebayo is not guaranteed a spot on the final roster that will take part in the FIBA World Cup that gets underway on Aug. 31 in China. However, he’s spent much of the offseason putting in extensive work to prepare for what will be his third NBA season. Those efforts could pay off with a spot on the national team that will be seeking its third consecutive gold medal.

One of the players Adebayo is most likely eager to play with on the team is Fox, a guard who’s played the past two seasons with the Sacramento Kings. That’s because both players’ only season at the college level was spent at the University of Kentucky. Fox ended up being the fifth overall pick in the 2017 NBA Draft, while Adebayo was chosen 13th overall by the Heat.

In the case of Brown and Tatum, both players currently play for the Boston Celtics and were the third overall picks of their respective teams in successive drafts. Brown went third in 2016, with Tatum following suit the next year.

Should Team USA again compete for a gold medal, that game take place on Sept. 15, the final scheduled day of the tournament. That comes less than two weeks before the start of the Heat’s rigorous training camp.