Don't Miss
Home / Videos / Andre Iguodala praises Tyler Herro’s defense: ‘He can do a lot of great things on the defensive end’

Andre Iguodala praises Tyler Herro’s defense: ‘He can do a lot of great things on the defensive end’ 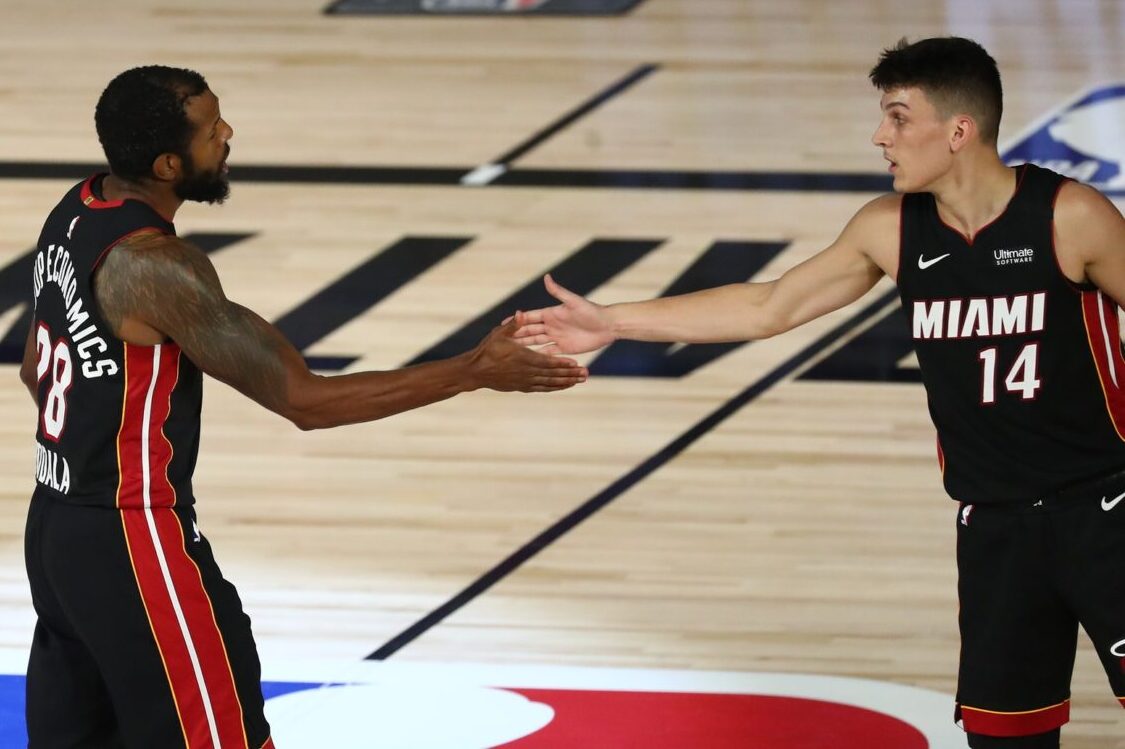 Miami Heat second-year stud Tyler Herro is known for his ability to score in bunches on the offensive side of the court.

However, he has been something of a defensive liability thus far in his professional career.

According to veteran teammate Andre Iguodala, that will not be the case forever. Iguodala recently offered some heavy praise for Herro and indicated that he’s a much better defender than he’s shown thus far.

Andre Igoudala says the Heat is trying to groom Tyler Herro into a “great complete player” adds he can do a lot of great things on the defensive end pic.twitter.com/inFXlFLtRg

“What we’re trying to do with him is groom him as a great complete player,” Iguodala said. “Although he may not have a good shooting night one night, or he may have a few turnovers one night. It’s the other things that we’re looking for him to up his level of play as well. Where people may not be as familiar with some of his capabilities, especially on the defensive end. He can do a lot of great things on the defensive end.”

Herro had a solid rookie campaign last season, but he truly came alive in the postseason for Miami. In fact, his ascension was one of the many reasons why the Heat managed to advance all the way to the 2020 NBA Finals.

He recorded 13 points, six rebounds and four assists in Miami’s loss to the Orlando Magic on Wednesday.

Surely, he’ll look to improve upon those numbers and prove his value on the defensive end as his sophomore campaign continues.