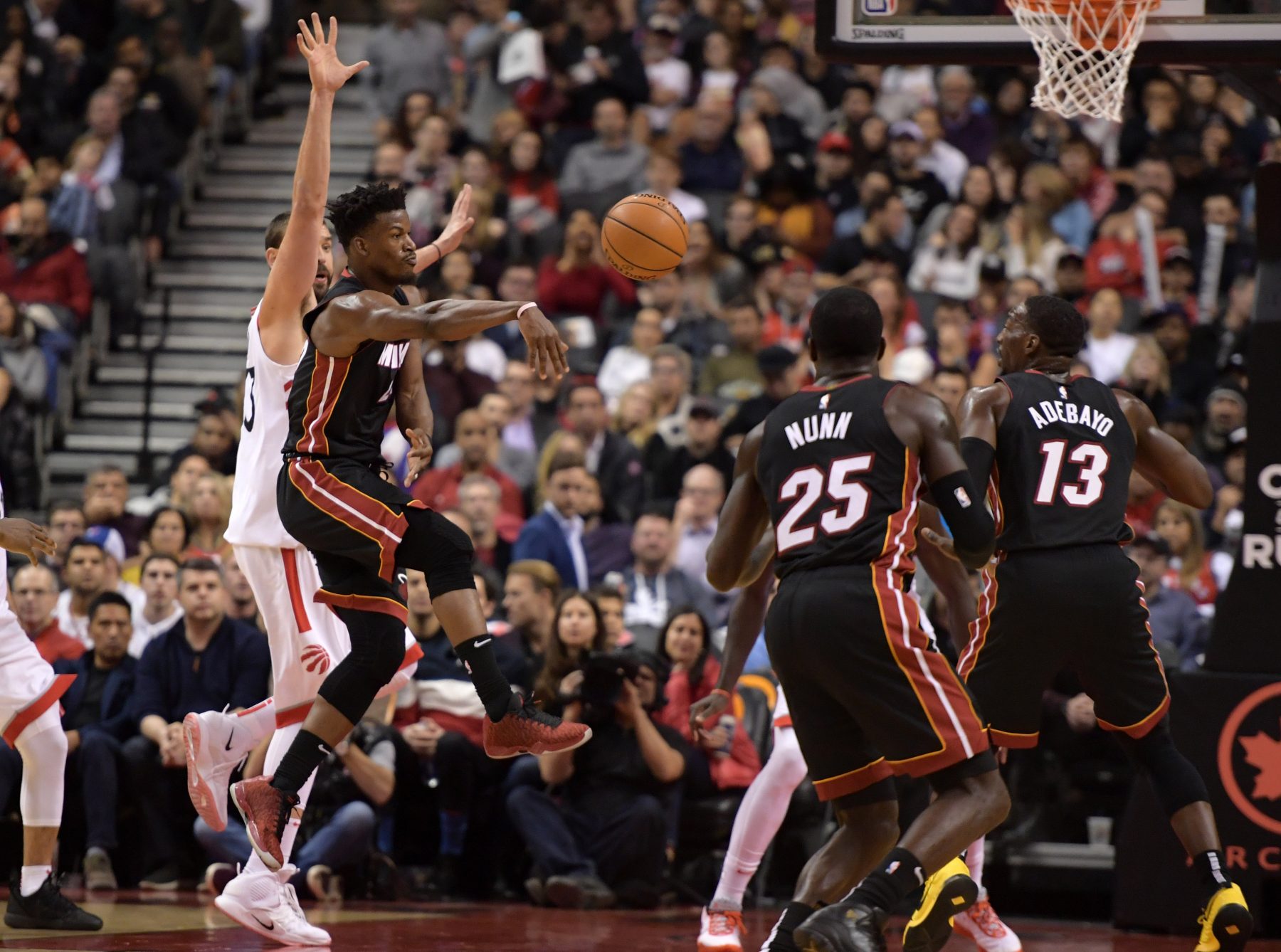 ESPN columnist and reporter Adrian Wojnarowski believes the Miami Heat are going to be a handful for teams in the 2020 NBA Playoffs.

During a recent episode of “Woj & Lowe,” Wojnarowski essentially told co-host Zach Lowe that the Heat are dangerous and opposing teams should be wary of facing them in the postseason.

“This team in Miami, you know with Erik Spoelstra, they’re going to defend,” Wojnarowski said. “They’ve got a closer, obviously, in Jimmy Butler now. No one’s going to want to play them in the playoffs.”

Lowe chimed in with a player that he believes makes the Heat one of the most successful teams this season.

“You know who else they’ve got?” Lowe asked Wojnarowski. “Bam [Adebayo]. Bam is putting up triple-doubles on the regular.”

Butler and Adebayo have played a huge part in Miami’s 19-7 record. The Heat are currently in second place in the Eastern Conference, right behind the Milwaukee Bucks whose 24-3 record is tied with the Los Angeles Lakers for the best in the league.

Though they have a less-than-stellar 8-6 record on the road, the Heat are 11-1 at home. If they have home-court advantage in the first two rounds of the playoffs, they could surprise many basketball experts and make it to the conference finals this season.