Report: Update on Wayne Ellington and His Current Free-Agency Options 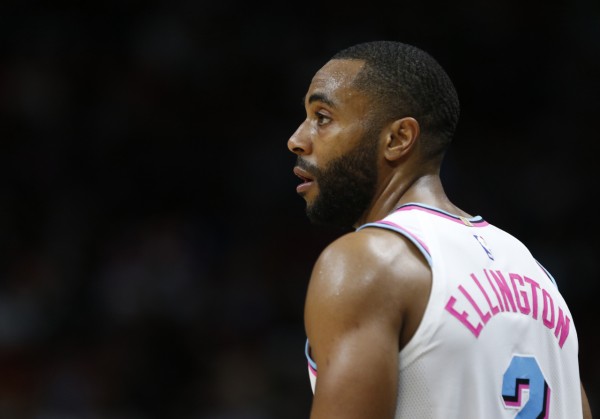 After nearly one week of the NBA free-agency period, veteran Wayne Ellington finds himself neither re-signed by the Miami Heat nor having moved onto another team. His potential options are seemingly disappearing with each passing day, which puts him in a situation whereby he’ll soon have to make a decision.

Anthony Chiang of the Palm Beach Post boiled down Ellington’s choices to this:

“It comes down to this for the 30-year-old sharpshooter: Either take the Heat’s offer (even if it’s not as much as he expected), sign with one of the three teams that still have space (Bulls, Hawks and Kings aren’t the most attractive landing spots at the moment) or take exception money from a team that lacks cap space (could be as much as the $8.6 Non-Taxpayer Mid-Level Exception).”

The reason that Ellington’s opportunities elsewhere have effectively disappeared is because better teams with cap space have already made their key moves. That leaves only teams that did poorly last year and are likely a few years away from simply competing for a playoff berth.

Ellington’s hoped-for big payday hasn’t materialized and doesn’t figure to appear any time soon. A return to the Heat certainly isn’t out of the question, with this scenario a possibility:

“The Heat have Ellington’s early Bird rights, which allows them to exceed the cap to pay him 175 percent of his 2017-18 salary of $6.27 million. That means Miami can offer Ellington a deal starting at $10.9 million, which is the max he can make with the Heat next season.”

The problem here is that the Heat are currently close to paying a luxury tax for the 2018-19 season. Signing Ellington would push them over that threshold, unless they’re able to trade away other players. The fact that the team isn’t considered a title contender for next year makes it much less likely to consider paying that extra money.

Ellington’s long-range shooting is his calling card, having set a new Heat record this past season by drilling 227 3-pointers. Some similar free agents that have re-signed with their teams have either gotten more money for 2018-19 or received multi-year deals.

The reality of the situation is that if Ellington wants to finally stop bouncing around the NBA after nine seasons of wearing seven different uniforms, he’ll have to bite the bullet and take less money from the Heat. Of course, it’s entirely possible that the team ends up going in a different direction, depending on what happens with some of their other free agents and how active they are in the trade market. That makes Ellington’s situation even more uncertain.
[xyz-ihs snippet=”HN-300×250-TextnImage”]