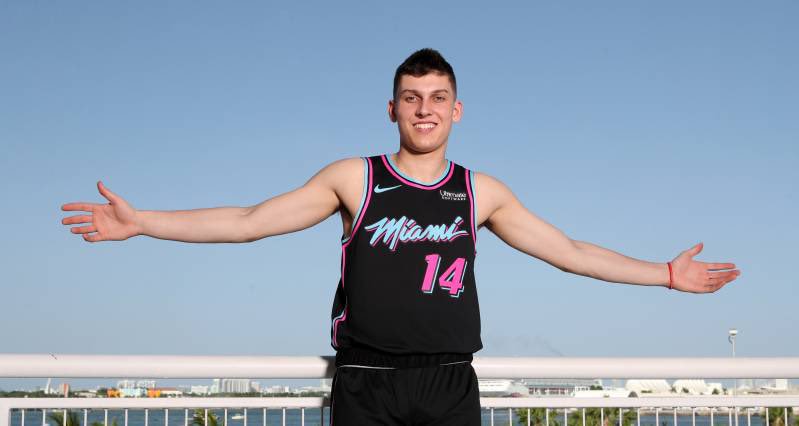 Miami Heat guard Tyler Herro has yet to play his first official game with the team, but he did manage to officially pick up an endorsement on Tuesday.

That came when the rookie out of the University of Kentucky signed with Nike.

No terms of the deal were announced, but the multi-year nature of the deal shows that Nike has confidence that Herro can make an impact with the Heat over the next few seasons.

Herro was the 13th overall selection in June’s NBA draft after playing only one season at Kentucky. In his 37 games with the Wildcats, he averaged 14.0 points, 4.5 rebounds and 2.5 assists.

He connected on 46.2 of his shots from the field for Kentucky, including 35.5 percent from beyond the arc. The Heat expect him to show improvement in that latter category.