Don't Miss
Home / Team News / Report: Timberwolves Have Leverage in Trade Talks With Heat Due to One Major Factor

Report: Timberwolves Have Leverage in Trade Talks With Heat Due to One Major Factor 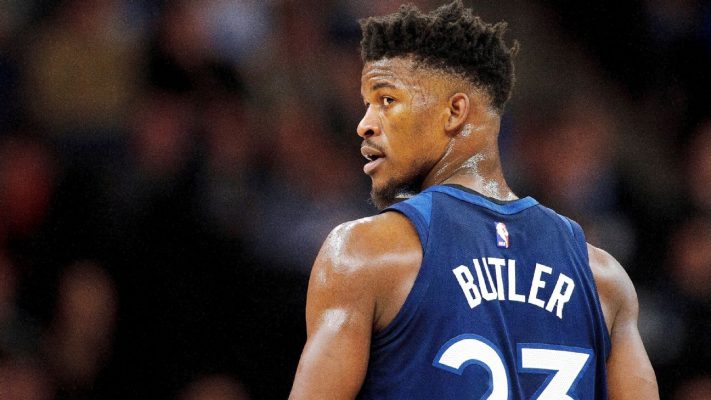 The ongoing trade saga involving the Miami Heat‘s effort to acquire forward Jimmy Butler from the Minnesota Timberwolves was put on hold after talks broke down over the weekend. Despite the belief by some that the Heat and other teams have the edge the longer the process drags on, one report suggests that it’s the Timberwolves who are sitting in the better position.

Jon Krawczynski of The Athletic looked at the current situation and found that salary cap issues affecting both the Heat and Houston Rockets make a trade the only way they can obtain Butler, who’s expected to become a free agent next July:

“Teams like the Heat and Rockets, two that will not have cap space to chase free agents next summer, have to acquire a star via trade if they want to add another one at all. That gives the Wolves a little bit of leverage in these talks, even if everyone believes that keeping Butler is an untenable option.”

Miami and Houston appear to be the strongest contenders to make a Butler trade, with other teams either lacking the talent to trade for the veteran or having given up dealing with Minnesota. The Heat’s weekend halt of negotiations came after their trade concession was met with a demand by the Timberwolves for more in return.

Despite that stoppage in talks, the Heat haven’t given up hope of making a deal. That’s because they know that in order for the Timberwolves to get anything in exchange for Butler, he has to be dealt by the February trade deadline. Another factor is that Butler’s relationship with Minnesota management and his teammates has deteriorated, making his continued presence on the team uncomfortable at best.

However, the Timberwolves, under general manager Scott Layden and head coach Tom Thibodeau, have developed a reputation of being difficult to deal with, so this current situation shouldn’t come as a surprise. Krawczynski points out that Thibodeau could be playing some mind games with other teams:

“Thibodeau’s well-known stubbornness could be playing in the Wolves’ favor here. By digging in the way that he has, he could be sowing a little bit of doubt into the minds of owners and GMs in the hunt.”

With the NBA regular season set to begin in just over a week, it would be nice for all of the parties involved if the matter was settled once and for all. Right now, that appears to depend on which team blinks first in the negotiations.
[xyz-ihs snippet=”HN-300×250-TextnImage”]