Report: Three Heat Players Could Return From Injury vs. Cavs on Monday 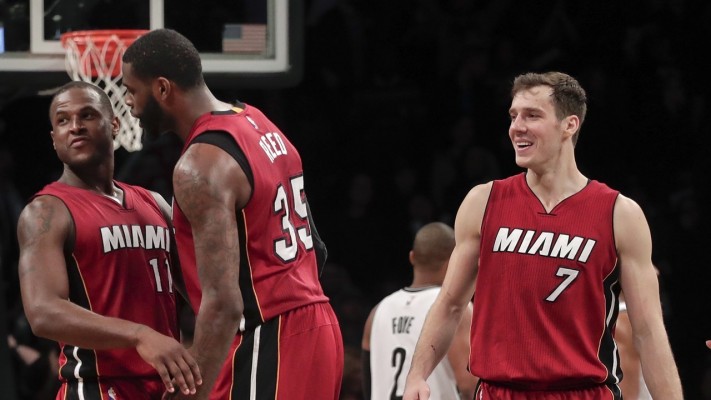 A clear statement by the Miami Heat about making every effort to claim one of the remaining playoff spots was made on Sunday when they updated the statuses of three injured players to questionable. That means that the trio of shooting guard Dion Waiters, Josh McRoberts and Luke Babbitt could conceivably play in the team’s final two regular season games.

All hands on deck? Dion Waiters, Luke Babbitt . . . and Josh McRoberts all upgraded to questionable for Heat. pic.twitter.com/suG7Bf73z2

Waiters has missed Miami’s last 11 games with his ankle injury, while the change in McRoberts’ status is considered the most surprising since his foot injury hasn’t allowed him to play since late December. In the case of Babbitt, he’s missed the team’s last three contests with a hip problem.

The Heat will host the defending NBA champion Cleveland Cavaliers on Monday night and then close out the regular season by hosting the Washington Wizards. Entering Sunday’s action, the Heat are tied with the Chicago Bulls in the Eastern Conference, with both teams a full game behind the Indiana Pacers for the seventh spot. Should Miami end up tied with Chicago, it will lose out due to a tiebreaker.

Should the Heat manage to reach the postseason, they’ll begin play next weekend on the road, with the likely opponent being either the Cavaliers or Boston Celtics.
[xyz-ihs snippet=”Responsive-ImagenText”]