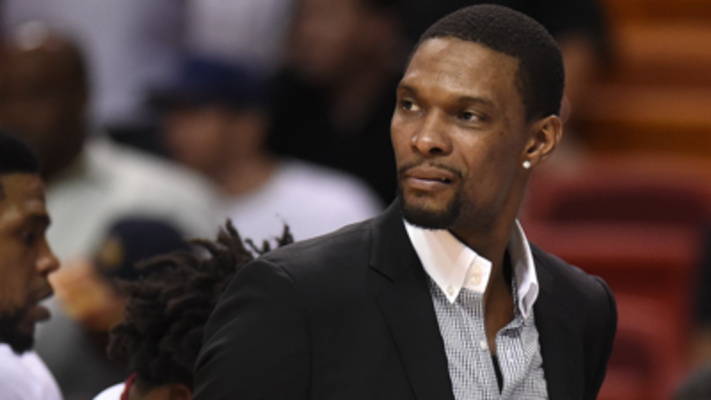 Chris Bosh‘s tenure with the Miami Heat is on track to end in a couple weeks and the star power forward is not ruling out a comeback somewhere else in the league.

The Heat, in conjunction with Bosh, the NBA, and the players’ association, have reached an agreement that would clear Bosh’s salary from the team’s books while assuring Bosh the full balance on what is left of his two-year contract.

However, team executives are reportedly not eager to sign Bosh because of the blood clots that took him off the court for the last season and a half in Miami, according to TNT analyst David Aldridge.

Aldridge spoke to over 20 team executives, anonymously, to see if there was interest in signing Bosh. In general, there seemed to be apprehension that Bosh would not be able to be cleared by doctors in order to play.

Here are some of the responses Aldridge received:

“There will surely be interest, but it may be hard to find a doctor that will clear him,” an Eastern Conference executive said.

“I don’t see how medical people will want to sign off and clear him,” a Western executive said. “Unless something has changed with his health recently … I don’t know of a team that would want to take that type of a risk. If something were to tragically happen, it’s hard to recover from that. Very unfortunate.”

The frankest answer came from a Western Conference executive, who simply pointed to Miami’s inability to clear Bosh as evidence that the 11-time All-Star might not play basketball in the NBA again.