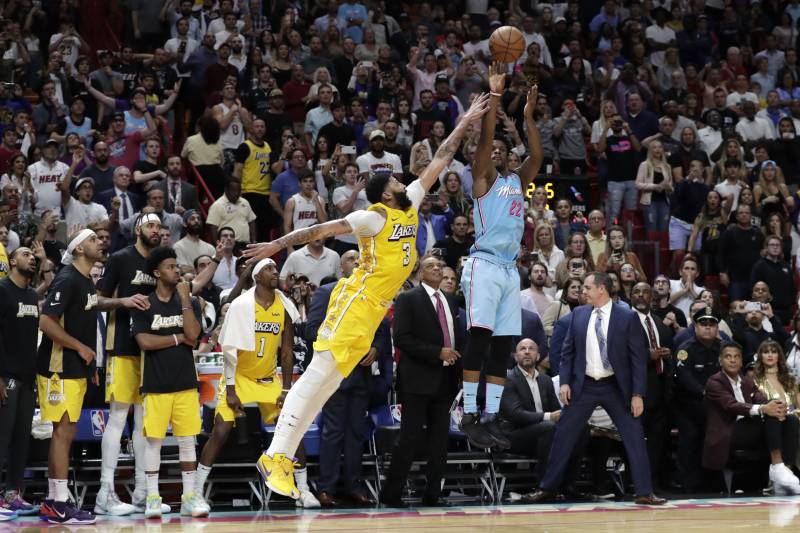 The Miami Heat lost a nail-biter to the Los Angeles Lakers, 113-110, on Friday night.

However, according to the NBA’s Last Two Minute report, the match should have ended in a much different way.

The Last Two Minute report is an NBA report that tracks and analyzes the conclusion of a game for missed calls, corrections and more.

Because the NBA indicated that Jimmy Butler was fouled on his final 3-point attempt, the small forward would have had a shot to tie the game at the free throw line. Assuming Butler would have made all three free throws, the contest would have likely gone into overtime, where the Heat have been undefeated all season long.

Still, the Heat nearly beat one of the best teams in the NBA. Four-time MVP LeBron James led the Lakers’ charge on Friday night with 28 points, 12 assists and nine rebounds.

Superstar Anthony Davis chipped in with 33 points and 10 boards in 38 minutes of action. On the Heat’s side, Butler had a team-high 23 points and four steals.

The Heat take on Luka Doncic and the Dallas Mavericks on Saturday night.