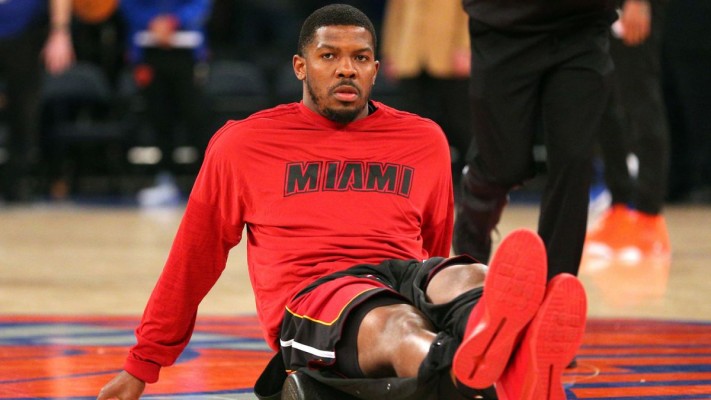 According to Shandel Richardson of the Sun Sentinel, the Miami Heat have put an extra emphasis on conditioning to prepare for what will be a grueling postseason stretch for the red and black.

Heat head coach Erik Spoelstra has stated that the extra conditioning is by no means mandatory. Rather, the players have taken it upon themselves to prepare for what most likely will be an extended run into the postseason.

“There’s always another level,” said Spoelstra. “We’ve really encouraged guys to do extra conditioning on their own. They’ve been great about that, taken ownership of that. The gym isn’t enough and the games aren’t enough. You have to do more, but you have to be smart about it. I’ve been encouraged by them taking ownership of that.”

Swingman Joe Johnson has been the best example of taking that ownership as he’s added a 30-minute bike ride to his postgame regimen since being acquired by the Heat. Johnson’s decision was actually based on him having to adjust to the Heat’s faster-paced style of offense.

“Honestly, I started doing it soon as I got here,” Johnson said. “It was just to help burn extra calories and recovery after a game. I was just trying to cut some weight down and get into great shape.”

It was thought of to be such a great idea, that recently teammate Dwyane Wade has joined in on the extracurricular activity.

“I decided to be there with him,” Wade said. “It makes it quicker when someone else is doing it with you.”

Whatever it is, it seems to be working, as the Heat are now in fifth place in a highly competitive Eastern Conference and are legitimate contenders to reach the NBA Finals this season.
[xyz-ihs snippet=”Responsive-Ad”]