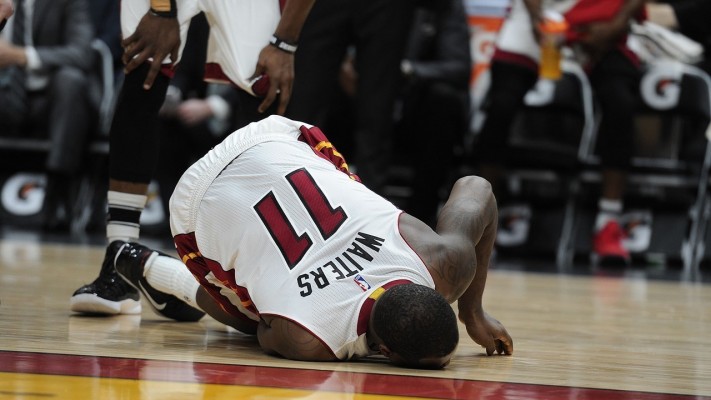 Miami Heat guard Dion Waiters will not need an MRI on his left ankle after he had injured it during Friday night’s win over the Minnesota Timberwolves. The injury originally appeared to be serious, with Waiters having to be carried off the court following the injury that occurred late in the first half.

Coach Spo says Waiters (ankle) received treatment last night and this morning. There will be no MRI & there is no timeline for his return.

The original plan was to have the MRI, with Heat head coach Erik Spoelstra specifically stating it during his postgame press conference. Given that Spoelstra indicated the similarity to Waiters’ previous injury, it’s important to note that Waiters sat out three games following his Feb. 6 injury at Minnesota.

The victory on Friday night moved the Heat into the eighth and final playoff spot, with 13 games left in the regular season. Their first challenge following Waiters’ injury will be on Sunday night, when they face a stiff challenge at home against the Portland Trail Blazers, who are also fighting for a playoff berth.
[xyz-ihs snippet=”Responsive-ImagenText”]