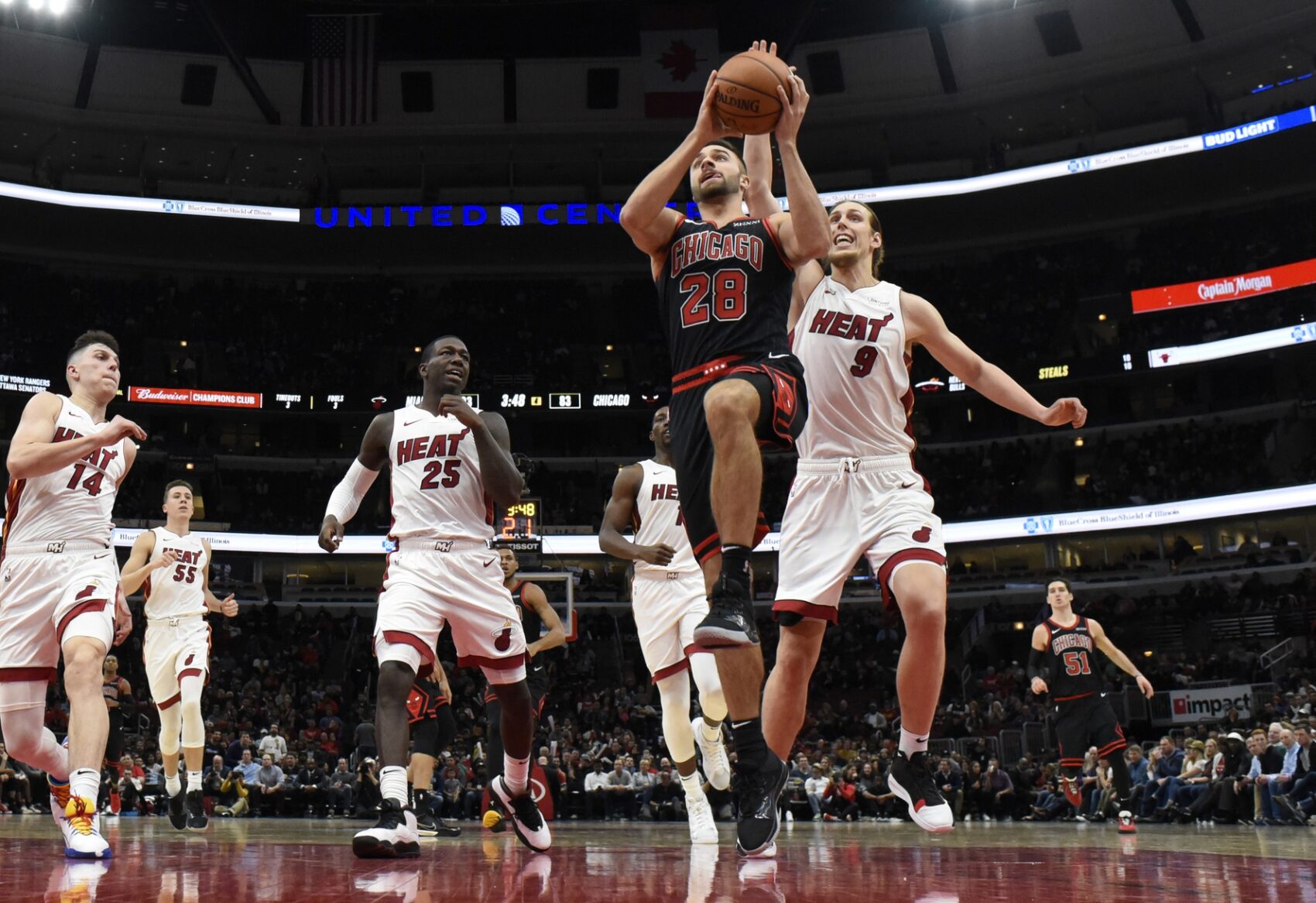 The Miami Heat announced that they have signed swingman Max Strus to a contract.

In two games with Chicago last season, Strus played three minutes per game. He averaged 2.5 points and 0.5 rebounds per game.

Strus began his college career at Lewis University before he transferred to DePaul University.

While the Heat did not announce the terms of the deal, Strus will likely be on a two-way contract this season, as Miami has already filled most of its NBA roster spots.