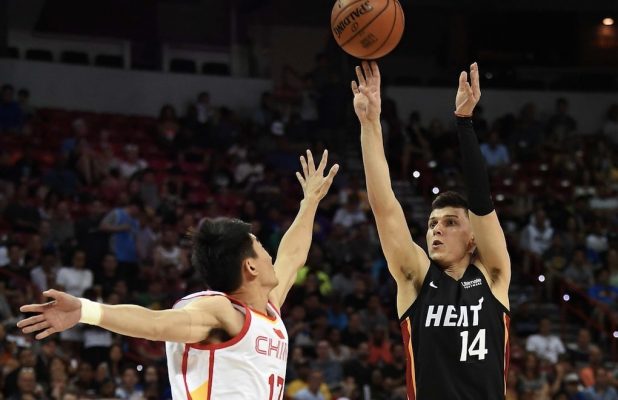 The Miami Heat’s 2019-20 regular season schedule was released on Monday.

The schedule will be a bit challenging to start, but will lighten up later on into the season.

The Heat open up at American Airlines Arena on Oct. 23 against the Memphis Grizzlies, and then will play six of their next eight games on the road. 16 of the Heat’s first 28 games are on the road. If there is one game to be circled in this stretch, it is on Nov. 8, as the Heat will face off against LeBron James, Anthony Davis and the new-look Los Angeles Lakers.

The team will not have any games on the major holidays for the season: Thanksgiving, Christmas and New Year’s Day.

The Heat will have major homestands consisting of five-game stretches from Jan. 20 to Jan. 28, and from Feb. 26 to March 4.

Former Heat forward Josh Richardson will make his return to Miami on Dec. 28 as the 76ers come to visit American Airlines Arena. Meanwhile, Hassan Whiteside is scheduled for his lone visit with the Portland Trail Blazers on Jan. 5.