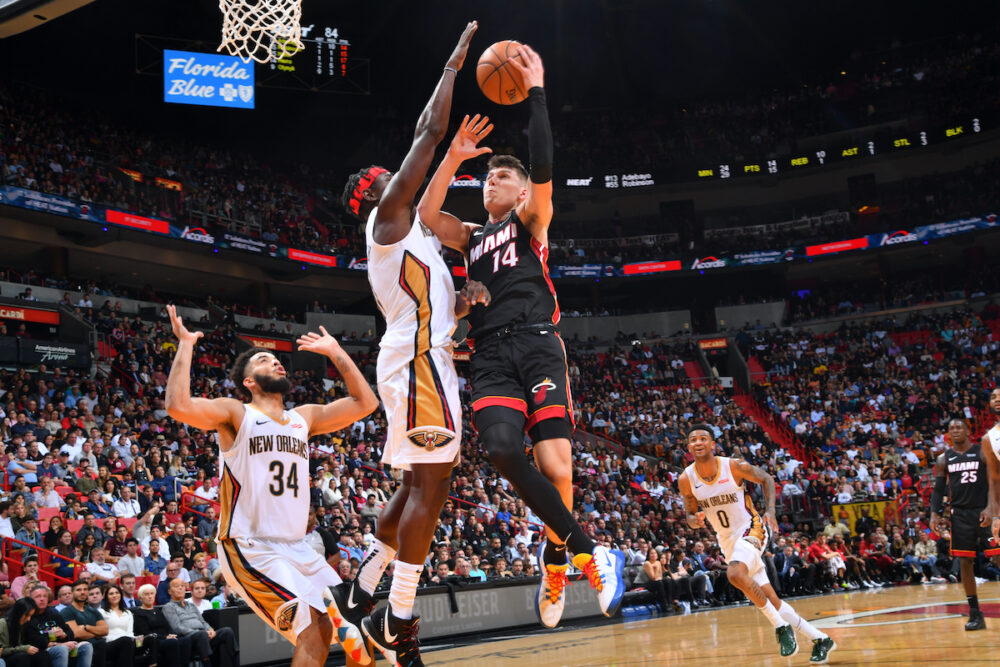 One of the Miami Heat’s key performers will remain under contract with the squad for at least two more seasons.

On Wednesday, it was announced that they had exercised their team option on standout guard Tyler Herro.

Per league sources: The Miami Heat have exercised their 2021-22 team option for guard Tyler Herro.

Later in the regular season, and especially in the playoffs, the University of Kentucky product started to flash his other skills, especially his ball-handling and passing abilities.

For all his efforts, Herro ended up being named to the NBA All-Rookie Second Team.

Going into the 2020-21 campaign, the Heat will still be depending a fair bit on the performance of young players such as Herro, Duncan Robinson, Bam Adebayo and Kendrick Nunn.

If one or more of them take another step forward, a repeat trip to the NBA Finals this summer could be in the books for Miami.