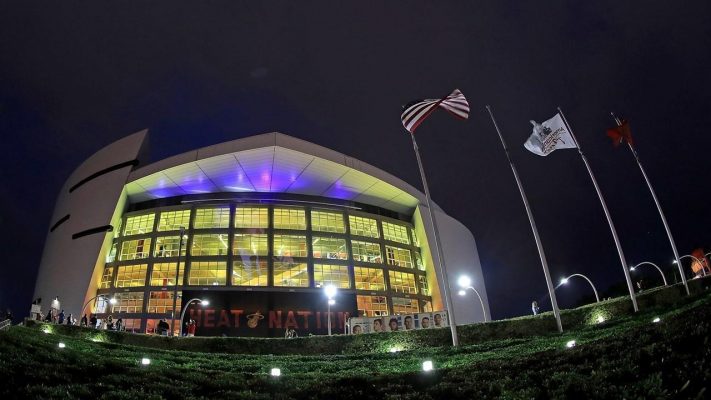 With less than one month before the Miami Heat open up their training cap for the 2018-19 season, one area of the team’s focus was to zero in on putting together the best possible roster available. However, news on Thursday of a potentially messy scandal involving one of the team’s newest front office executives may cause concern for the team off the court.

Jeffrey David, the team’s new chief revenue officer, is suspected by the FBI of using $13.4 million that was paid by two top sponsors of the Sacramento Kings and purchasing two Southern California beachfront homes with the money. David, who had worked with the Kings in the same role before being hired by the Heat on July 9, has been placed on leave by the team, in the wake of the news.

The look into potential money laundering began last week after the Kings notified federal investigators, though no charges have yet been filed. The 44-year-old David had been let go by Sacramento on June 1 of this year after the team eliminated his position. He had originally been appointed chief revenue officer of the team in 2012 by former NBA Commissioner David Stern after having previously worked as their vice president of corporate partnerships. In addition, he also had worked for the league for two years.

The chief accusations deal with alleged money laundering by David that took $9 million from one Kings sponsor, Golden 1 Credit Union, and $4.4 million from another, Kaiser Permanente Foundation.

The Heat did issue a statement on the matter, but offered no additional comment.

At the time of David’s hiring just seven weeks ago, the Heat’s president of group business operations, Eric Woolworth, offered the following ringing endorsement of him:

“Jeff is supremely qualified to help us grow our business. He’s a fantastic addition to our executive staff and we welcome him with open arms to our family.”

David was also enthusiastic about the challenges of his new job, stating:

“The Heat organization’s culture in both business and basketball gives me ample reason to be excited about joining the Heat in Miami. I’m very much looking forward to building strong relationships with Heat Nation and South Florida’s corporate community.”

One ironic note about the potential charges facing David is that he was responsible for negotiating the Kings’ $120 million naming rights deal with Golden 1 Credit Union.

No time frame has been given regarding the ultimate disposition of the case, though the news is presumably unsettling to the Heat and their numerous sponsors.
[xyz-ihs snippet=”HN-300×250-TextnImage”]