Report: Kelly Olynyk opts into $13.6 million contract for next season 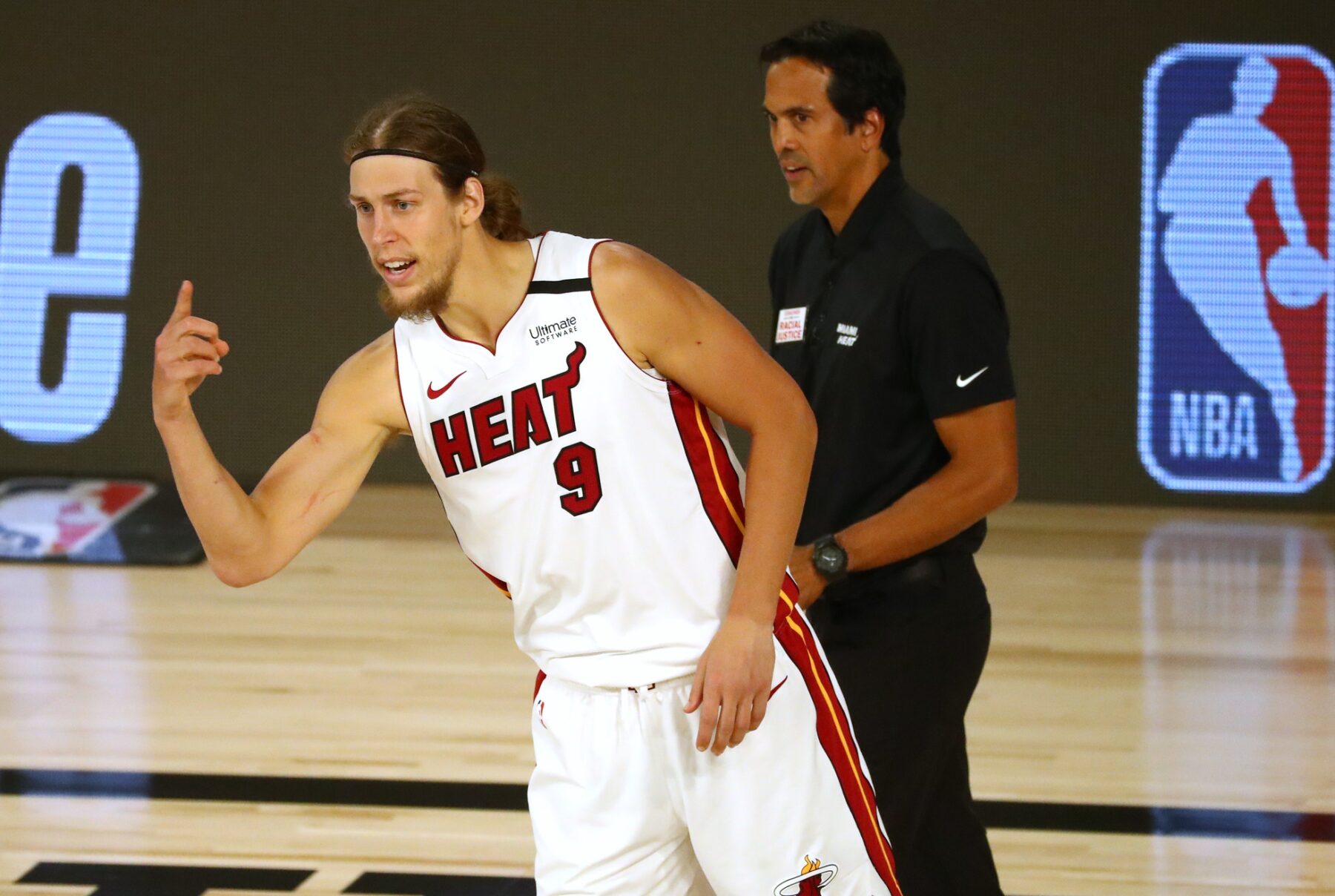 After an incredible playoff run ending with an NBA Finals appearance, the Miami Heat have a lot of work to do during this short offseason leading to an early start to the 2020-21 campaign in December.

Veteran big man Kelly Olynyk didn’t take too long to decide what to do with his player option worth $13.6 million. Olynyk will remain with the Heat for the upcoming season after opting into his contract.

Sources tell @5ReasonsSports @ClutchNBA5R and I that Kelly Olynyk has exercised his player option to opt in for next season.

Olynyk may not play a vital role for the Heat like Bam Adebayo or Jimmy Butler, but he did prove his worth filling in for the injured Adebayo during the Finals.

The 29-year-old put up decent numbers during the regular season, appearing in 67 games for Miami. He averaged 8.2 points and 4.6 rebounds per game while shooting a career-high 40.6 percent from beyond the arc.

Although Olynyk isn’t a game-changing talent for the Heat, he provides some stability in the frontcourt as insurance behind Adebayo.