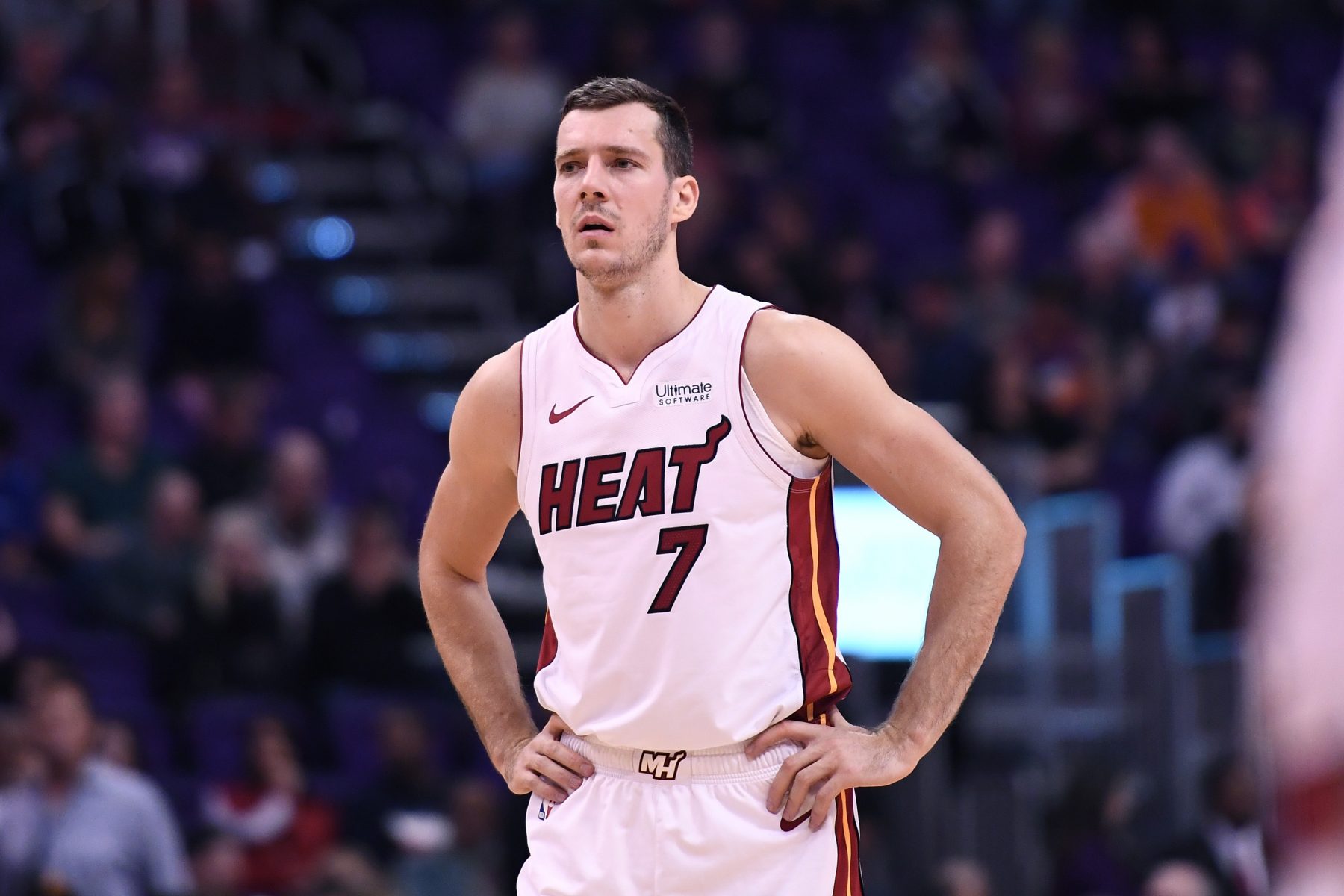 As speculated here earlier today, Goran Dragic to Mavs as part of making cap space work on Butler deal. The Butler deal will leave the Heat hard-capped for 2019-20.

The move is being made to create the cap space needed in order to acquire Butler.

Butler was recently traded to the Heat, and details of the trade are being released slowly. As of now, the Heat have acquired Butler, with swingman Josh Richardson being sent to the Philadelphia 76ers, and Dragic being sent to the Mavericks.

The 29-year-old Butler will be signing a four-year, $142 maximum contract with the Heat, which leaves the team hard-capped for the 2019-20 season.

Update (10:30 pm EST): Dragic will not be included in the three-team trade. Instead, Derrick Jones Jr. and Kelly Olynyk are headed to the Mavericks.

The Mavericks will acquire Kelly Olynyk and Derrick Jones from the Heat as part of the Jimmy Butler sign-and-trade, league sources say.

The Mavericks are huge fans of Goran Dragic but could not take him back in the Miami sign-and-trade with Philadelphia that sends Jimmy Butler to the Heat because Dallas feared losing its flexibility to make additional moves this summer, league sources say