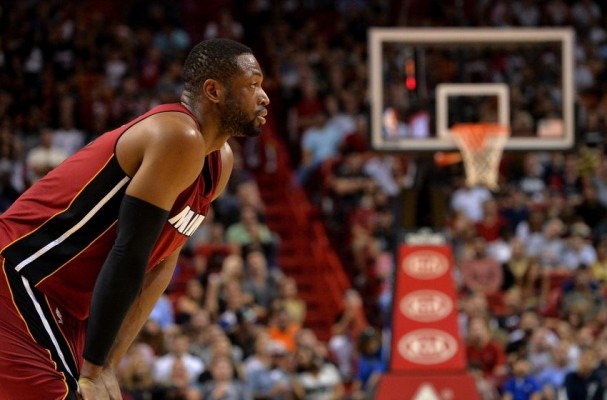 Dwyane Wade’s thigh injury may be worse than initially thought.

According to Ira Winderman of The Sun Sentinel, the Miami Heat shooting guard believes his thigh bruise could be a lingering issue:

“Even when you come back, it’ll still be there,” he said of the bruise. “It doesn’t go away for a while.”

Wade is questionable for Monday night’s game versus the Denver Nuggets. He stresses that he’ll do everything he can to get back on the court by that time:

Wade was held out of Saturday night’s 112-104 overtime loss to the Toronto Raptors due to a thigh injury. It was just his seventh missed game of the season. Justise Winslow started in his place, while Joe Johnson was moved to shooting guard.

This would be a devastating ailment for not only Wade, but the Heat as a team, as they continue to operate with a 13-man roster. Making matters worse is that Chris Bosh continues to remain out, while Tyler Johnson is sidelined for the rest of the season due to shoulder surgery.

With the Heat looking to win the Southeast Division, they can’t afford more injuries to any of their players.
[xyz-ihs snippet=”Responsive-Ad”]