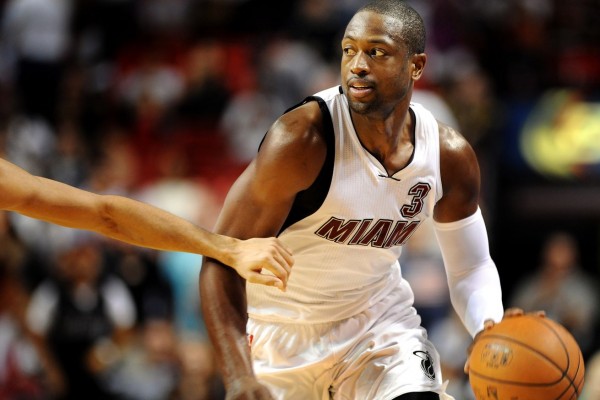 Miami Heat veteran guard Dwyane Wade has been considered by many to be a “lifer” when it comes to his status with the team, and it appears that Wade is seeking to make that a reality as he once again enters the free agent market in July.

Looking at the situation, Dave George of The Palm Beach Post noted comments made by Wade and team president Pat Riley about what to expect. The idea of Wade ever wearing another uniform is a foreign concept to the 34-year-old who just finished his 13th season in a Heat jersey.

“I don’t want to be on the market at all,” Wade said. “I’m not curious at all. I want to get to it (with the Heat). I want to be able to sign my deal and move on and not have to deal with any rumors, any free agency, any this, any that. This is where I want to end my career. So we’ll figure it out.”

Riley spoke about how Wade’s recently-ended season was his best overall effort since before the arrival of Chris Bosh and LeBron James in 2010.

“He wants to win, I think, as much as he wants to do anything. Compensation to a player is not just a way to get paid and to live your life. Compensation to a player is about recognition and respect and place,” Riley said. “We know where he belongs…He’s a lifer. What he’s done in this city over the last 13 years is irreplaceable and so we’re going to do the right thing. There’s no doubt.”

One thing that will be interesting to watch is the yearly salary offered to Wade, who accepted a one-year, $20 million deal last year. Given his age and the looming free agency class, it’s questionable how much the Heat can offer, especially considering their unspoken quest to obtain pending free agent Kevin Durant, among others.

Though Wade can agree to a new contract, he won’t be able to sign it until free agency begins on July 1 at midnight.
[xyz-ihs snippet=”Responsive-Ad”]