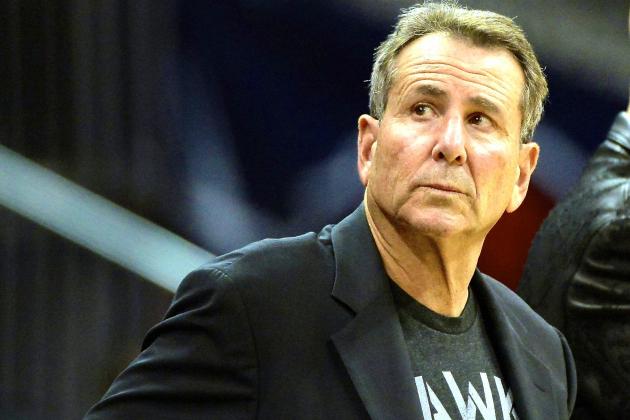 After all of the hoopla and controversy surrounding the racist remarks made by former Clippers owner Donald Sterling towards African-Americans, another team owner has announced his intention to sell his shares, this time with the Atlanta Hawks, after making racially offensive comments.

Majority owner Bruce Levenson of the Hawks has agreed to sell his portion of the team after self-reporting his own racial comments in an e-mail from 2012. NBA commissioner Adam Silver released the following statement regarding the ordeal.

[xyz-ihs snippet=”Responsive-ImagenText”] Although the comments made by Levenson are in no way acceptable in any professional setting, his self-exposure and immediate apology are atleast somewhat commendable as opposed to the lengthy, drawn-out ordeal of the Sterling-Clipper saga. In a statement released on NBA.com, Levenson apologized,

“I trivialized our fans by making clichéd assumptions about their interests (i.e. hip hop vs. country, white vs. black cheerleaders, etc.) and by stereotyping their perceptions of one another (i.e. that white fans might be afraid of our black fans). By focusing on race, I also sent the unintentional and hurtful message that our white fans are more valuable than our black fans.

If you’re angry about what I wrote, you should be. I’m angry at myself, too. It was inflammatory nonsense. We all may have subtle biases and preconceptions when it comes to race, but my role as a leader is to challenge them, not to validate or accommodate those who might hold them.

I have said repeatedly that the NBA should have zero tolerance for racism, and I strongly believe that to be true. That is why I voluntarily reported my inappropriate e-mail to the NBA.”

It was then revealed shortly after by Marc Stein of ESPN that a background report regarding Luol Deng is what sparked the investigation.

ESPN sources say that the player referred to in the initial Hawks’ background report that triggered the ensuing investigation was Luol Deng — Marc Stein (@ESPNSteinLine) September 8, 2014

“‘He’s still a young guy overall,’ [Hawks general manager Danny] Ferry said, league sources with direct knowledge of the probe told Yahoo. ‘He’s a good guy overall. But he’s not perfect. He’s got some African in him. And I don’t say that in a bad way.'”

Ferry called Ron Shade, Deng’s agent, to apologize. “I have no reaction, but we’ve spoken,” Shade tells Yahoo. Ferry reached out to Deng too

“There were 19 people interviewed, 24,000 pieces of evidence looked at, and in that discovery — that internal investigation — this email that we released this morning was found, from Bruce Levenson.

Bruce was confronted with this email from 2012, and he decided that instead of fighting it … he thought it was best for the city, for the team, for his family, to walk away.”

Lastly, Chris Vivlamore of the Atlanta Journal-Constitution revealed that Levenson may not be the only member of the organization to receive punishment,

“In an exclusive interview with The Atlanta Journal-Constitution Sunday night, Hawks co-owner and CEO Steve Koonin said other disciplinary action will be taken, including against general manager Danny Ferry.

According to Koonin, the Hawks held a meeting in early June to discuss free agency. At that meeting, a player was being discussed and Ferry cited a background report that included an ‘offensive and racist’ remark.

‘Instead of editing it, he said the comment,’ Koonin said.

Following the meeting, Koonin said members of the Atlanta-based ownership group raised a red flag regarding the comment and said: ‘This is wrong. This should not be said. It’s not appropriate in any world but not a post-(Donald) Sterling world.'”