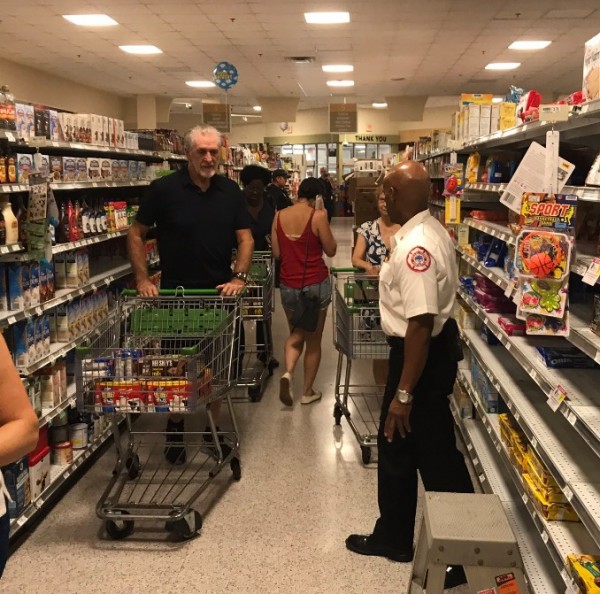 The Miami Heat have been in a giving mood over the past few weeks.

From Micky Arison and his foundation pledging upwards of $10 million for Hurricane Irma relief to Udonis Haslem and Erik Spoelstra helping Miami’s pet population, it seems that team president Pat Riley has joined in on the altruistic efforts.

That’s because over the past couple days, Riley has been quietly delivering food and goods all over South Florida, including the neighborhoods of El Portal, Miami Shores, Overtown, and Little Haiti.

It’s truly heartwarming and inspiring to see a person of Riley’s stature personally go out of his way to hand deliver much-needed items to the less fortunate.

The president went out of his way to help the South Florida community without informing the Heat, further proving that Riley’s efforts were purely genuine and not some type of publicity stunt.

Training camp is set to begin in a little over a week as the Heat look to build upon their core roster from last season.
[xyz-ihs snippet=”Responsive-ImagenText”]